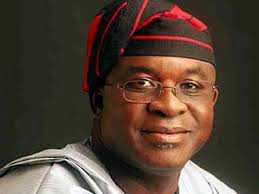 The Senate President, David Mark, has called for concerted efforts among Nigerians to end the incessant terrorist attacks in the country. He made the call, yesterday, in Kano during a rally organised by the Peoples Democratic Party, PDP, to receive former governor of Kano state, Mallam Ibrahim Shekarau, into the party. Mark said that Nigerians “must not allow terrorists to run down Nigeria” and its people. He said the PDP-led administration was already achieving the strategies put in place to end insurgency in the country and the sub-region as a whole. Earlier, Mr Labaran Maku, Minister of Information, said the present administration had fulfilled its campaign promises to the state. He said the development undertaken by the Federal Government included the reconstruction of the Kano-Maiduguri road.