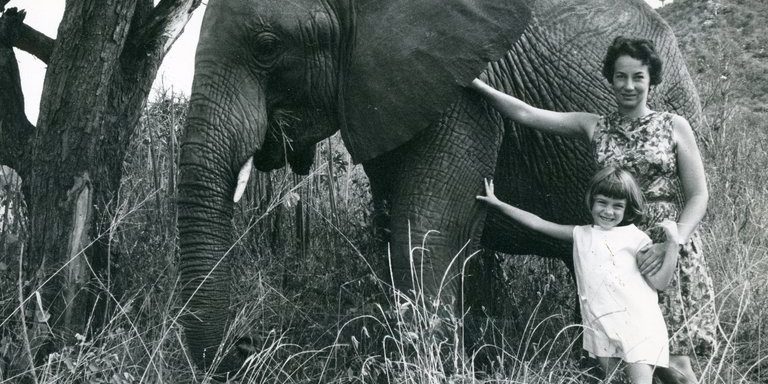 Daphne Sheldrick, a wildlife conservationist who saved hundreds of orphaned elephants in Africa, work chronicled in documentaries like “Born to Be Wild,” died on Thursday in Nairobi. She was 83.

The cause was breast cancer, said an announcement on the website of the David Sheldrick Wildlife Trust, the organization Ms. Sheldrick founded in honor of her husband, a noted naturalist and crusader against poaching who died in 1977.

Ms. Sheldrick, a British subject who was born in Africa and spent her life there, became an important voice in the movement to save the declining elephant population and raise awareness about poaching, which is fueled by the ivory trade.

When she spoke about elephants, Ms. Sheldrick strove to convey their intelligence, their protective instincts and their remarkable memories, something Smithsonian Magazine invoked in 2005 when it highlighted her in an article called “35 Who Made a Difference.”

“Elephants don’t forget,” the magazine wrote. “Her face and voice will live in the memory of many a hand-reared orphan for decades as they roam the parklands of East Africa, trumpeting their freedom.”

Daphne Jenkins was born on June 4, 1934, in Kenya, which was still a British colony. Her father, Bryan, and mother, the former Marjorie Webb, had a large farm and timber operation outside Gilgil, northwest of Nairobi. Her mother also liked to paint and filled the home with imaginative artwork.

Ms. Sheldrick’s father, she wrote, had a great affection for the natural world, and so he was distressed when, at the outbreak of World War II, he was sent to a game reserve in an area called Selengai and ordered to kill wildebeest and zebra to provide food for British and Kenyan troops.

“By the end of the war he had shot thousands of wildebeest and zebra, and I know just how devastating this was for him,” she wrote. “At least, if there is any comfort to be had, there was no one better than my father to carry out such work. He was a sensitive naturalist, a man who cared deeply about wildlife, and he ensured that no wounded animal was ever left to suffer.”

His assignment provided a revelation for her when, in 1940, her mother took her to visit him at his camp.

“As soon as I saw the location of the camp I thought, ‘This is how I would like to live, out here among the animals under the sky,’ ” she wrote.

In 1953 she married Bill Woodley, who worked on Kenya’s game reserves and whose duties included battling poaching. It was a fraught time in Kenya, with the Mau Mau rebellion making life dangerous for European colonists, and Ms. Sheldrick had some harrowing tales to tell of brushes with violence.

Her marriage to Mr. Woodley ended in divorce, in part because she and his boss, Mr. Sheldrick, were drawn to each other. They married in 1960.

Mr. Sheldrick became warden of Tsavo East National Park in Kenya. He and Ms. Sheldrick lived there and began taking in orphaned animals of all sorts, with an emphasis on finding ways to reintroduce them to the wild. Because of poaching and a prolonged drought, many were young elephants, which are quite vulnerable in their first years. Ms. Sheldrick developed a milk formula that young elephants that had lost their mothers could tolerate, and took to hand-feeding them.

After Mr. Sheldrick’s death, she established the Sheldrick Trust in Nairobi National Park, focusing on elephants and rhinoceroses.

In 1994 Ms. Sheldrick was seriously injured when a wild female elephant, with a flick of her trunk, knocked her into a pile of boulders, shattering her leg; she had made the mistake of standing between the animal and its calves. As she lay immobile, the elephant came over to her, but not, as it turned out, with hostile intent.

“I could feel her tusks underneath me, trying to lift me,” Ms. Sheldrick told The Daily Telegraph of London in 2012. “So I knew she wasn’t going to kill me. When an elephant wants to kill you it kneels down and crushes you with its head.”

In addition to her autobiography, Ms. Sheldrick wrote several other books, including “The Orphans of Tsavo” (1966) and “An Elephant Called Eleanor” (1981). The work of the trust was the focus of “Elephant Diaries,” a British series, in 2005; “Born to Be Wild,” a documentary narrated by Morgan Freeman and released theatrically in 2011; and numerous other films and newsmagazine segments.

In an interview with “60 Minutes” in 2009, Ms. Sheldrick was asked what she admired most about elephants after years spent with them.

“Their tremendous capacity for caring is, I think, perhaps the most amazing thing about them,” she said, adding, “They have all of the best attributes of us humans and not very many of the bad.”