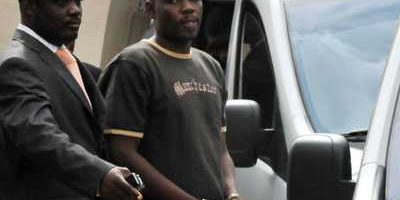 Justice Gabriel Kolawole of the Abuja Division of the Federal High Court, Wednesday, ordered Charles Okah, who is a younger brother to ex-leader of the Movement for the Emancipation of the Niger Delta, MEND, Henry, be subjected to a psychiatric test.

The court directed that the test should be conducted with a view to ascertaining if Charles who is currently answering to a criminal allegation bothering on terrorism, is fit to stand trial.

Okah, alongside one Obi Nwabueze, are facing trial over the 2010 Independence Day twin bomb blasts at the Eagle Square, which caused the death of about 12 people, leaving several others injured.

It will be recalled that one of the alleged masterminds of the bombing, Mr Osvwo Tekemfa Francis, a.k.a ‘General-Gbokos’, died in prison while the trial was going on, even as the high court, in a separate judgment, jailed one of the accused persons, Edmund Ebiware, to life imprisonment.

All the accused persons were said to have superintended over varying terrorist activities that hitherto took place within the oil rich Niger Delta region of the country, including the bomb explosion that rocked a post amnesty programme that was organised by Vanguard Newspaper in Warri, Delta State.

Meanwhile, Charles, who has since gone to the Abuja Division of the Appeal Court to challenge his trial, was yesterday brought to court in a wheel chair by prison officials.

His lawyer, Mr John Ainetor, told the court that his client’s health condition has deteriorated, maintaining that Charles, who shook uncontrollably while inside the wheel chair yesterday, could no longer walk.

He alleged that the prison authorities denied him of adequate medical care, say6ing it was the sole reason why the accused, despite spirited efforts, could not stand in t6he dock yesterday.

In his response, the prosecutor, Dr Alex Iziyon, SAN, maintained that the accused person was deliberately trying to hoodwink the court into believing that he is not fit to stand trial.

Iziyon argued that the legal requirement that the accused must be fit to stand trial does not imply that he must be able to stand on his feet in court.

He contended that the law stipulated that he must be of sound mind and be conscious enough to understand happenings around him.

Iziyon, citing the case of former Egyptian President, Hosni Mubarak, who was taken to court while in bed, and in a cage, and noted that if the law could allow a former president to be so treated, Okah, an ordinary citizen cannot hid under a doubtful claim of ill-health to evade trial.

He argued that the claim of ill-health was a part of the defence counsel’s strategy to continue to delay trial.

However, Justice Kolawole, drew attention of the lawyer to a medical report that was written on Okah by the prison authorities, which was equally endorsed by the Chief Consultant Neurologists at the National Hospital, Abuja.

Part of the report by the medical experts at the National Hospital was to the effect that by his conduct, there was need to subject Okah to Psychiatric evaluation, to ascertain his mental state.

Consequently, the court held that in view of such expert opinion, there was need to ascertain the exact mental status of the accused person.

“I am ready to exercise a little more patient”, the judge stated, even as he ordered that the accused be taken to the National Hospital for psychiatric evaluation within seven days from today.

The judge equally ordered that the report of the examination should be made available to the court through the court’s Deputy Registrar (Litigation).

He held that should it turn out that the accused (Okah) is not mentally stable enough to be subjected to trial, he should be transferred to a psychiatric home where he will remain until he is certified fit for trial.

The judge further held that the bill for the treatment and examination of the accused person should be paid by the Federal Government through the Attorney General of the Federation (AGF), just as the case was adjourned till January 15.