Court: no troops for elections 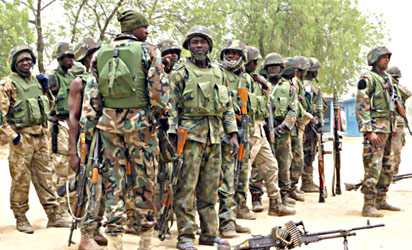 A Federal High Court sitting in Sokoto yesterday ruled that it is unconstitutional for the military to be deployed for election purposes.

Justice Mohammed Rilwan ruled that other than for the purposes of protecting the nation’s territorial integrity, no constitutional provision allows for the deployment of the military for elections.

The suit challenging the deployment of military for election duties was instituted by the Deputy Speaker of the House of Assembly, Bello Goronyo, representing Goronyo Constituency.

Justice Rilwan added that” for the federal government to do so, it must have taken recourse to the National Assembly, which would enact such law”.