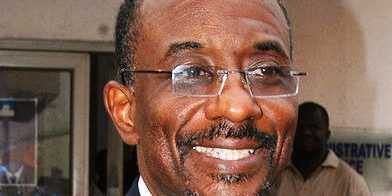 24hrs after he floored the State Security Service at a Federal High Court in Lagos over the seizure of his international passport following his suspension, on February 20, as Central Bank Governor (CBN), Mallam Sanusi Lamido Sanusi today recorded a double over the Nigerian Government.

The order by Justice J.T. Tsoho in a suit filed by Mr. Sanusi through his counsel, Kola Awodehin (SAN), came as yet another big relief for the embattled banker who was suspended by President Goodluck Jonathan on account of allegations of fraud leveled against him by the FRCN. Sanusi, who continues to proclaim his innocence, had earlier shunned the FRCN, which invited him to appear before it on March 27.

Justice Tsoho’s judgement effectively bars FRCN from investigating Sanusi and the CBN pending the determination of the substantive suit.

News Express recalls that another Federal High Court in Lagos presided over by Justice Ibrahim Buba had yesterday ordered the federal government to publicly apologise to Sanusi and also pay him N50 million damages for illegally seizing his passport on the pretext that he was being investigated for alleged sponsorship of Boko Haram.