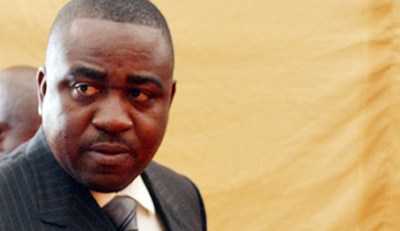 The All Progressives Congress (APC) in  Konshisha Local Government Area of Benue State has submitted a petition against the state governor, Gabriel Suswam over allegations of intimidation and the burning down of the office of the Independent National Electoral Commission (INEC) in the area.

According to him, preliminary reports by the party’s supporters revealed that upon gathering that the Peoples Democratic Party (PDP) had lost the three elections in Koshinsha, the presidential, Senate and House of Representatives,  Suswam allegedly instructed one Mathias Byuan, a known thug who works for him and goes about with police protection to burn down the INEC office and destroy the results.

The petitioner said: “Security agencies attached to the INEC office barely managed to whisk away the results before the offices was set ablaze. This is not the first time that Suswam’s people will resort to arson for political gain. Upon losing a councillorship election in Koshinsha in 2009, the same said thugs of the governor, in broad day light, burnt down the Konshisha Legislative Chamber.

“I made a petition to the Inspector-General of Police who ordered an investigation. Arrests were made and some of the culprits were detained but the governor intervened and set them free. The case file is still at the police state criminal investigation department in Makurdi.”

He called for a speedy action to forestall further destruction of lives as according to him, “Suswam has at private places threatened and boasted to bring mayhem upon Benue all in the bid to win the governorship elections for the PDP.

“The same governor has threatened even INEC staff particularly the Resident Electoral Commissioner, that his security in Benue State is not guaranteed.”

Reacting,  the Executive Secretary of the National Human Rights Commission (NHRC) Prof. Bem Angwe  cautioned politicians against engaging in acts of violence capable of breaching the peace just as he disclosed that the commission was prepared to ensure the prosecution of any person that breaches the rights of Nigerians to exercise their civic rights.

He said: “I want to use this opportunity to on behalf of the NHRC, which is saddled with the responsibility of ensuring the protection of all Nigerians irrespective of their religion, ethnicity of party affiliation and when these are violated we have extra judicial mechanism to ensure that there are remedies for such violations. We are always very happy when people whose rights have been abused refrain from taking the laws into their hands.

“Before the presidential elections was conducted we had issued out an advisory against violence, we have always maintained that the NHRC would not hesitate to invoke its powers that any person that engages in the violations of the rights of Nigerians is brought to book. The federal government of Nigeria is committed to taking its place in the comity of nations where the respects of the rights of its citizens reigns supreme. We would not investigate these allegations we would ensure that any person against a prima facie case has been established in any way would be brought to book. These allegations are very weighty as you have fingered the Governor of Benue state, you must be willing to prove your allegations of face the consequences of your actions.

“We would constitute a high powered team to go to Konshisha local government to investigate the allegations. I urge you to remain law abiding and peaceful and avoid taking the laws into your hands, there would no hiding place for anybody that seeks to stop Nigerians from exercising their democratic rights to elect their leaders.”