Corruption, is the Coat of Arm of the Zoo; Corruption flourished under Babangida – Ibrahim. 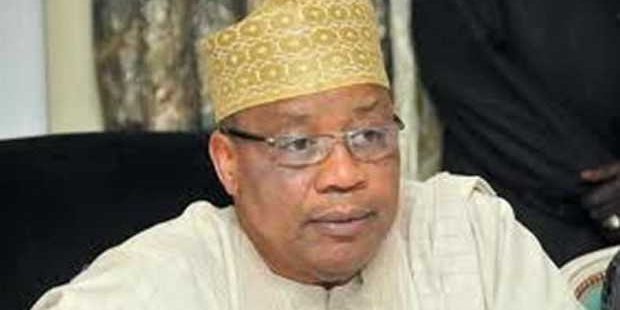 Mordecai Sunday Ibrahim is the Chairman of the North-based Arewa  People’s Patriotic Front (APPFRONT). In this interview with  Correspondent, John Adi, he explained why corruption stands as a cog in  the wheel of progress of the country. He also bared his mind on other  national issues, including the forthcoming elections in 2015. Excerpts:

What would you say is responsible for the present backwardness in the country?

I think it is corruption. That is the first basic reason why Nigeria  is crawling after almost 54 years of Independence. The second reason is  lack of genuine interest and love for the country. Let’s take the  post-Independent leaders such as Tafawa Balewa, Sir Ahmadu Bello. And  then come to Late Murtala’s regime and to the period of President Shehu  Shagari, through the days of General Olusegun Obasanjo as a military  Head of State. Those were leaders that believed in Nigeria. They led  Nigeria, they worked for Nigeria, they spent their lives for Nigeria. If  you see any meaningful development or progress we made in Nigeria, they  date back to those period when these crop of leaders were in positions.  Unfortunately, when Gen. Buhari came in 1983 he came with discipline.  He didn’t stay long in government, so we don’t have sufficient data to  assess him. He was in power from 1983 to 1985. That period is short for  anyone to do a thorough assessment of a leader. He still did his best.  If he would not be remembered for anything else, he would be remembered  for discipline. He tried to imbibe discipline into Nigerians because he  identified that discipline had been eroded in Nigerian life. But I say  without fear of contradiction, or without apology to anyone, that  corruption became legalised and institutionalised in the regime of  General Ibrahim Babangida as Head of State. Settlements here and there,  and since that time it has been growing. The monster has been growing  and developing branches, giving birth to children and great grand  children so much that now there is nothing you want in this country  today that is not associated with corruption. Unfortunately, it has  entered even sacred places like the church and other institutions.  We  were at the FCDA, Abuja, last week – you would be shocked that there was  a parking space and the security there told us that there was no  parking space. I had to beg and cajole him to let us enter and he later  told us he was hungry. I didn’t give him money, but we understood the  language – that he was asking for money. I told him to open the gate and  that I would settle him when I am going out. He thought I would give  something but when I came out he was waving and I waved back. How can  you have development with corruption? They don’t go together. Corruption  is a representation of darkness while development is a representation  of light. And light and darkness don’t co-habit.

A road that would be  constructed for five million naira, where is the money to do other  things?  A classroom that would be built for maybe three million naira  is done for ten million naira; the cost of three is spent on one. And  where is the difference going into? It is going into the pockets of  those who are awarding the contracts and into the pockets of those who  are processing the papers for the contracts, cashiers, and so on.  Virtually everybody is corrupt in the ministries. Corruption is not only  in the government circle but also in the private sectors.

You just alleged that your brother from the north, President  Babangida, institutionalised corruption, is this not an indictment on  northerners?

I have not disowned my brother because he has done what is wrong, but  I should be able to look at him, eyeball to eyeball, and tell him the  truth.