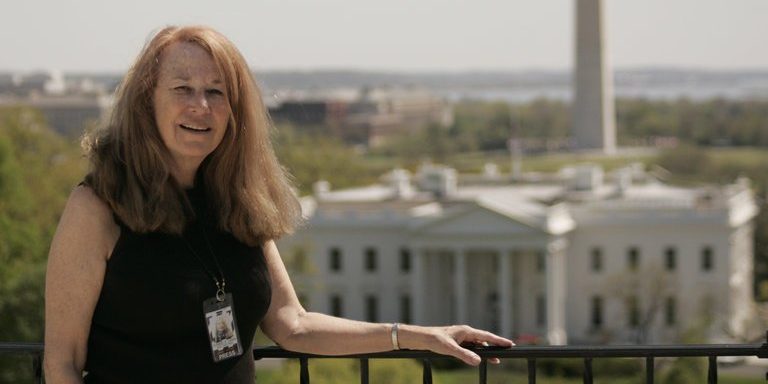 Connie Lawn, a radio and broadcast reporter who covered the White House in the waning days of Lyndon B. Johnson’s administration, when women were a rarity there, to the first year of Donald J. Trump’s, died on Monday at her home in Falls Church, Va. She was 73.

The cause was a rare form of Parkinson’s disease, said her husband, Dr. Charles Sneiderman.

Unlike many White House correspondents, Ms. Lawn built her nearly 50-year career without the consistent support of an established media company. She created an independent news service called Audio Video News (she was the only employee) and reported for different clients, like the BBC, Radio New Zealand, USA Radio Network and Salem Radio Network.

Ms. Lawn said she had created her own company in order to maintain her independence and pursue stories that interested her.

And like many women in politics and the media, she endured sexual harassment on the job, she said. In 2016, for example, she told The Washington Post that when she was a young reporter a senator groped her in his office after inviting her there.

But she was not discouraged by such experiences, colleagues said, and did what she could to make the White House press corps more welcoming. Ann Compton, a longtime White House correspondent for ABC News, wrote in an email on Monday that Ms. Lawn was “ever-present, and ever-supportive,” of her fellow reporters.

“There are some flaky figures on the press corps fringe, but Connie wasn’t a flake,” Ms. Compton continued. “She was a character, but decent and kind to everyone.”

Ms. Lawn, who worked alongside trailblazing female reporters like Helen Thomas, was one of the most senior reporters at the White House.

“It is something that reminds me to keep striving,” Ms. Lawn wrote about her longevity in the job on HuffPost in 2017. “I want to remain a viable part of this unfolding history as long as I can.”

Her husband said that the last press briefing she attended was on Dec. 14, 2017.

Constance Ellen Lawn was born on May 14, 1944, in Long Branch, N.J., to the former Pearl Bergman, a chemist and homemaker, and Howard Lawn, a lawyer. She graduated from high school there, then received a bachelor’s degree in political science from Simmons College in Boston before moving to Washington.

Ms. Lawn worked briefly for a congressman before becoming a reporter for an all-news station in Washington. She volunteered for the 1968 presidential campaign of Senator Eugene J. McCarthy before deciding that she preferred journalism to politics.

In her memoir, “You Wake Me Each Morning,” she recalled traveling with Robert F. Kennedy during his presidential campaign and conducting one of the last interviews with him before his assassination in Los Angeles on June 5, 1968. She also covered violent protests, the Watergate scandal and John Hinckley Jr.’s shooting of President Ronald Reagan in 1981.

She told the New Zealand newspaper The Southland Times that the following year, while covering the tension between Palestine and Israel, she escaped from a would-be abductor in Lebanon by slamming a bag into his face, leaping out of his Jeep and running toward Israeli soldiers while shouting “Shalom!”

Her first marriage, to Steve Rappaport, ended in divorce. She married Dr. Sneiderman in 2000.

In addition to her husband, she is survived by a brother, Richard Lawn; two sons from her first marriage, Daniel and David Rappaport; and two grandchildren.