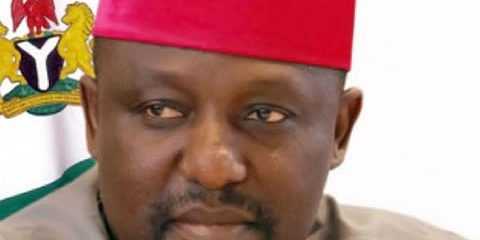 In a document addressed to Governor Rochas Okorocha and signed by the monarch of the area, Eze Onyeka Ononuju, the President-General of the community, Dr. Felix Anyikire and the Government Liaison Officer, Chief A.U. Elebeorusa, the community leaders complained that erosion had eaten part of the road, thereby creating deep gullies that had separated the community from neighbouring communities.

They regretted the continued neglect of the 3.6 kilometre Ozara-Oguta link rural road, despite the effort of the governor to transform the state, adding that the deplorable condition of the road had made life unbearable for them.

They also accused the contractor; Messrs Charlievia Enterprises, who was awarded the road contract in May 2012, for abandoning the project after about 60 per cent completion.

They wondered why the contractor could not be recalled to complete the project.

“Your Excellency sir, we were happy when our son, Hon. Donatus Ozoemenam, the Deputy Speaker, Imo State House of Assembly, introduced the contractor, Messrs Charlievia Enterprises, to our traditional ruler to handle the road project, but the shabby way the contractor handled the project left much to be desired,” they complained.

They said the bad state of the road had badly affected the socio-political and economic activities of the people.