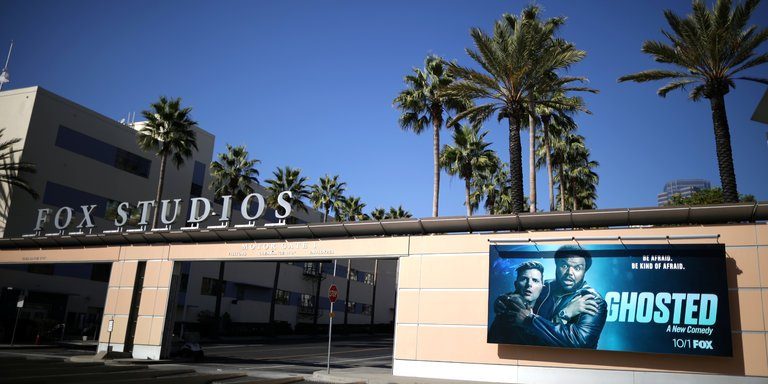 LOS ANGELES — Rupert Murdoch sold most of 21st Century Fox to Disney in December for $52.4 billion, spurning a proposal from Comcast that was 16 percent higher on a per-share basis, in part because Comcast refused to offer protections in the event of regulatory rejection.

Although Comcast’s interest in 21st Century Fox was previously known, details of Comcast’s proposal — and Fox’s reasoning for rebuffing it — were disclosed for the first time on Wednesday as part of a 456-page filing with the Securities and Exchange Commission. The paperwork, required under securities law, also disclosed that senior Fox executives, including Mr. Murdoch and his two sons, James and Lachlan, are eligible for tens of millions of dollars in “golden parachute” payments.

Comcast, identified in the filing as Party B, made an all-stock proposal worth $34.41 per share in November. The filing portrays Mr. Murdoch and the Fox board as taking Comcast’s interest seriously — until Comcast repeatedly refused to agree to a breakup fee in case Department of Justice regulators rejected the deal. Disney, perhaps showing more confidence in its chances with regulators, had offered a $2.5 billion fee.

Comcast also proposed unacceptable plans for divesting any assets singled out by antitrust regulators as problematic, according to the filing. Mr. Murdoch’s camp ultimately decided that a transaction with Comcast “carried a qualitatively higher level of regulatory risk, including the possibility of an outright prohibition, than such a transaction with Disney.”

21st Century Fox’s board also concluded that Disney stock was more valuable and that Disney represented a better strategic fit for Fox assets.

A Comcast spokeswoman did not respond to a request for comment on Wednesday.

As 21st Century Fox was in the throes of discussions with Disney and Comcast in November, the Justice Department sued to block AT&T’s $84.5 billion bid for Time Warner. The union of those two companies would create a content and distribution behemoth — one that Makan Delrahim, the government’s top antitrust regulator, contended would harm consumers and weaken competition. AT&T and Time Warner have aggressively disputed that notion, and a trial is continuing in federal court.

In February, when CNBC and other news outlets reported that Comcast was contemplating reviving its pursuit of 21st Century Fox, analysts questioned such a move, citing the Justice Department’s stance on the AT&T acquisition.

“We believe a Comcast-Fox deal is likely to face much more scrutiny than a Disney-Fox deal,” Kannan Venkateshwar, a Barclays analyst, wrote in a report at the time.

According to the filing, Mr. Murdoch, 21st Century Fox’s executive chairman, and Robert A. Iger, Disney’s chairman and chief executive, first discussed the possibility of a deal at a casual meeting on Aug. 9. Mr. Iger followed up by phone on Aug. 29, and serious discussions continued until Oct. 27, when Mr. Murdoch rejected a Disney offer of roughly $23 a share, 40 percent payable in cash and the remainder in Disney stock.

Disney returned with an improved offer a couple of weeks later, after Comcast had approached Mr. Murdoch. Talks with both companies continued until Dec. 6, when the 21st Century Fox board “directed management to cease discussions” with Comcast and “focus on finalizing negotiations with Disney.”