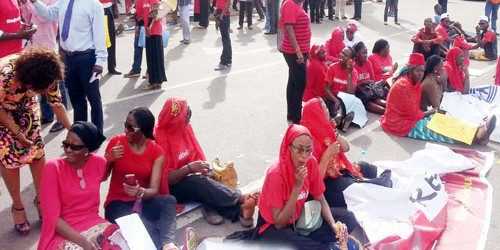 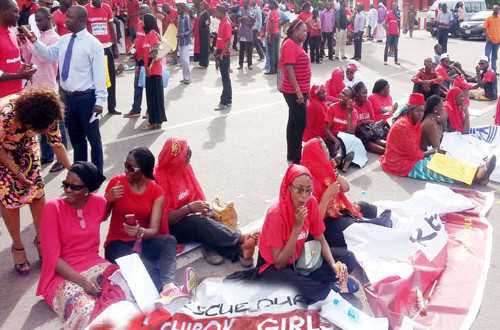 The world is joining  forces with Nigeria to rescue the school girls abducted by Boko Haram gunmen.

President Goodluck Jonathan accepted yesterday America’s offer to send in men and equipment to join the battle to rescue the girls who were snatched away from their hostels in Chibok, Borno State on April 15.

Besides, the United Nation (UN) warned that no harm must befall the girls.

Britain said it would help.

Special Adviser to the President on Media and Publicity Dr. Reuben Abati said Jonathan accepted the offer during a telephone conversation with United States Secretary of State Mr. John Kerry.

Abati issued a statement, which reads: “President Goodluck Ebele Jonathan Tuesday welcomed and accepted a definite offer of help from the United States of America in the ongoing effort to locate and rescue the girls abducted from the Government Girls Secondary School, Chibok three weeks ago.”

“The offer from President Barack Obama, which was conveyed to President Jonathan by the United States Secretary of State, Mr. John Kerry, in a telephone conversation which began at 15.30 hours today, includes the deployment of U.S. security personnel and assets to work with their Nigerian counterparts in the search and rescue operation.”

“Mr. Kerry assured President Jonathan that the United States is wholly committed to giving Nigeria all required support and assistance to save the abducted girls and bring the reign of terror unleashed on parts of the country by Boko Haram to an end.”

“Thanking Mr. Kerry for the call and offer of further assistance, President Jonathan told him that Nigeria’s security agencies who were already working at full capacity to find and rescue the abducted girls would appreciate the deployment of American counter-insurgency know-how and expertise in support of their efforts.”

President Jonathan, after speaking with Kerry met with the Chief of Defence Staff, Service Chiefs and heads of national security agencies in continuation of the national efforts to find and rescue the girls.

At the meeting, Abati said, the President received updates on the ongoing search-and-rescue effort and approved recommended actions.

Hague spoke with reporters as he arrived for a Council of Europe meeting in Vienna to discuss ways to defuse the situation in Ukraine, where the government is trying to quell an insurrection by pro-Russian activists.

“What has happened here… the actions of Boko Haram to use girls as the spoils of war, the spoils of terrorism, is disgusting. It is immoral,” he said.

He said he did not want to discuss the details of what help Britain was offering.

She said failure to protect the girls is a violation of human rights.

She also warned Boko Haram leader Abubakar Shekau against selling the girls because it would amount to crimes against humanity.

The UN High Commissioner made her position known in a statement in Geneva through her spokesperson, Rupert Colville.

The statement was made available to our correspondent from Geneva against the backdrop of the global search for the abducted girls.

The statement said: “We are deeply concerned about the outrageous claims made in a video believed to be by the leader of Boko Haram in Nigeria yesterday, in which he brazenly says he will sell the abducted schoolgirls “in the market” and “marry them off”, referring to them as “slaves”.

“We condemn the violent abduction of these girls, reportedly at gunpoint from their school in Chibok in Borno State in North-Eastern Nigeria.

“We warn the perpetrators that there is an absolute prohibition against slavery and sexual slavery in international law. These can, under certain circumstances, constitute crimes against humanity. The girls must be immediately returned, unharmed, to their families.”

Along with seven others, she said she had sent a letter to Jonathan on the need to rescue the girls.

The statement added: “The High Commissioner has contacted the President of Nigeria and urged the government to ensure that it spares no effort to ensure the safe return of the girls to their homes and communities.

“In a letter signed by Navi Pillay, along with the Executive Director of UN Women, the Special Representative of the Secretary-General on Sexual Violence in Conflict and the Special Representative of the Secretary-General on Children and Armed Conflict, the four African UN women leaders reminded the Nigerian Government of its legal responsibility to ensure that girls and boys have the fundamental rights to education and to be protected from violence, persecution and intimidation.

“As the High Commissioner said during her visit to Nigeria earlier this year, the actions of Boko Haram have grown increasingly monstrous. The group has targeted some people simply because of their religion or professional occupation – and in this case, simply because the girls were enrolled in school.

“We urge the authorities to take all necessary measures, consistent with human rights, to protect their people from these violations and crimes.

“It is particularly important that the local state authorities and the federal government cooperate fully.

“Failure to undertake effective measures that are within the authorities’ means to protect people is a violation of human rights. However, States assisting Nigeria in its counter-terrorism operations should also ensure that they stay within the remits of international law.”