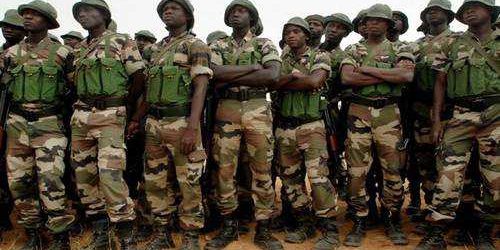 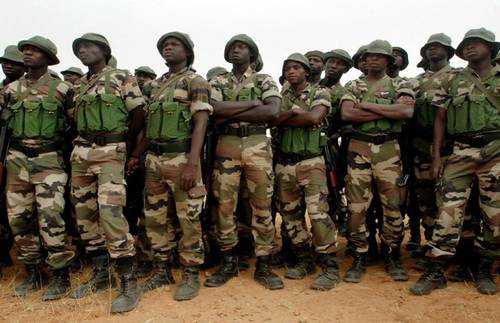 Cameroonian officials have confirmed that at least 480 Nigerian soldiers are now in the protective custody of the neighboring country’s gendarmes after they crossed into Cameroon earlier today to escape from Boko Haram insurgents who have launched a massive offensive.

Cameroonian gendarmes had disarmed the Nigerian soldiers, officials from the West African nation told a correspondent of the Hausa Service of the British Broadcasting Corporation (BBC) today.

The fleeing soldiers are being held in an undisclosed school inside Cameroon, according to senior Cameroonian officials who spoke to the BBC.

Earlier today, SaharaReporters had reported that Boko Haram militants took over a Nigerian army base in Ngala, Borno State, before proceeding to attack the town of Gamboru on the Nigerian-Cameroon border. The insurgents retook the town which they had attacked and seized several weeks ago. Nigerian troops had subsequently used aerial bombardment and ground attacks to wrest Gamboru back from the Islamist insurgents.

Our security sources had disclosed that the militants faced no resistance from Nigerian troops during their massive attacks on Ngala-Gamboru today. Instead, the Nigerian soldiers were so overwhelmed that they fled across the border in large numbers and into the waiting hands of Cameroonian soldiers who instantly disarmed them.

Cameroonian military authorities are quizzing the soldiers and have not decided what action to take. An officer at the Defense Headquarters in Abuja told SaharaReporters that Cameroon had not officially briefed Nigerian security officials about the runaway Nigerian soldiers in the custody of Cameroonian gendarmes. Asked if Nigeria would demand a return of the soldiers, the source said he expected Cameroon to do so, even if the Nigerian military authorities did not make a formal request.

A security source had disclosed to SaharaReporters that a Nigerian Air Force jet deployed to Gamboru to help combat the invading insurgents only dropped one bomb before departing from the area. The jet never came back to the besieged area as Boko Haram militants began house-to-house raids in the area.