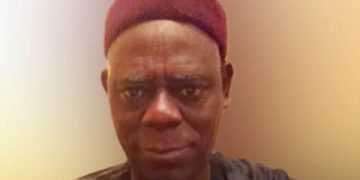 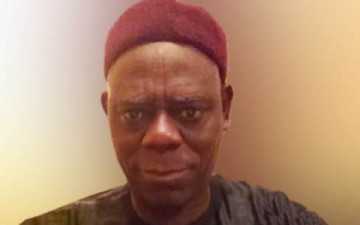 The Northern Delegates’ Forum at the National Conference has said the proposals by the Committee on Devolution of Power on the ownership and control of Nigeria’s mineral resources may split the country.

The forum said it was opposed to some of the proposals to protect the unity of the country.

The conference had witnessed rowdy sessions due to deep divisions among delegates on some proposals by the committee.

The rowdy session at the conference on Thursday had forced the chairman, Justice Idris Kutigi, to adjourn plenary abruptly till Monday.

Speaking to our correspondent on Friday in an interview, a former National Publicity Secretary for the Arewa Consultative Forum and spokesperson for the forum, Mr. Anthony Sani, stated that the deep divisions between the northern and southern delegates on resource control were based on their opposing views on how best to govern Nigeria.

The NDF’s spokesperson said, “The North believes resource control or ownership by constituent parts of the country would make the centre weak and tilt the country towards a confederal arrangement — a harbinger for split.

“The South is not bothered by such a notion, preferring, instead, that the federating units be allowed to develop at their own pace without minding whether some sections live on the cutting edge, while others live on the knife edge of survival.

“That is to say, it does not matter to such school of thought if Nigerians live as if they are on different continents.”

According to Sani, while the northern delegates believe in the concept of nationhood, where the people who were brought together to be one nation should be enabled to synergise and unleash their potential to promote balanced development, “the southern delegates think differently.”

Sani stated, “Any recommendations which hype the gap of incomes among constituent parts of the country is not good politics or good economics. This is because the nation is strong only with balanced development. Wide disparity in incomes among groups and among individuals is counter-productive.”

He stated that the stance of their southern counterparts on some of the proposals had shown that there might be a hidden agenda against the North.

“The North never came to this conference with an agenda. This is precisely because the region did not consider the problems of Nigeria to be in the structure, form of government or in the Constitution but in the failure of leadership at all levels due largely to the collapse of national ideals, moral values, as well as in the way we do things.”

A delegate representing the South-West geopolitical zone at the confab, Mr. Yinka Odumakin, however, said resource control would not break up the country. According to him, “unity is not uniformity.”

“We reject that argument. Let everybody move at their pace. Let nobody holdsanybody down. Their idea of nationhood is what will lead to a break-up because there is a limit to which people can wait for their destiny to be held down,” Odumakin stated.

Odumakin, a member of the confab Committee on Government Restructuring and Forms of Government, accused the North of slowing down the progress of the country, saying that it was time to release the creative energy of every section of the country.

He said, “The argument (that the regions will not develop evenly) is so porous. The sections of the country cannot develop at the same pace. In fact, what they (North) have done over the years when they had power was to drag back sections that were moving ahead; to hold everybody down so that nobody would develop.

“They are not ready for development, yet they are holding everybody down and they have put the country in a bind over the years. If I cannot do this, you cannot do it; that is the cause of backwardness and that is why the country has remained in a mess.”

Odumakin, who is also the spokesperson for the Yoruba socio-political group, Afenifere, argued that if the late Chief Obafemi Awolowo had relied on the North, he would not have been able to achieve great feats in the defunct Western Region.

“Over the years, all these feats were reversed that today, you may not be able to distinguish between the region and the rest of Nigeria. That is what they want; equalisation of underdevelopment and backwardness,” he added.

Also speaking, an Anambra State delegate to the confab, Prof. A. B. C Nwosu, faulted the argument of the northern delegates on resource control. He stated that there was nowhere in the world where all the sections of the society develop at equal pace.

He urged the North to place justice and fairness above other sentiments on the issue.

“Any society that is not built on justice cannot stand. What they are asking for is not justice at all; it is not fair,” Nwosu stated.

He said communities where certain mineral resources are explored must derive benefits from the exploration.

He stated that, “It is not appreciating this fact that is leading to all kinds of funny arguments.”

Nwosu, who is also a member of the Devolution of Power Committee, said the problem started when the confab proposed an intervention fund for the North-East, which is mostly affected by Boko Haram insurgency.

A member of the Consensus Group at the comfab, Prof. Ibrahim Gambari, had on Wednesday said the group had agreed that the oil producing states be given not less than 18 per cent derivation.

Gambari said the group had also agreed that a new fund to be established — the Fund for Stabilisation, Rehabilitation and Reconstruction — which he put at five per cent of the Federal Allocation, would be out for principally the North-East, North-West and the North-Central.

But a majority of the delegates, including members of the Gambari group, had faulted the report and rejected it.

However, Nwosu said, “The unreasonable thing that stopped this is that the North wants it to include the North-East, the North-West and the North-Central. That is the ultimate in being unreasonable. What of those of us in the South-East? What of Biafra? What of what happened to us in the North? The professor asked.

He further asked why all the regions were concentrating on oil, when other valuable resources were being carted away by foreigners without proper taxation.

Nwosu said, “As I speak to you, they are taking away gold, barite and other resources from Nasarawa, Zamfara and other states. This is worth billions, according to NEITI, which cannot be wrong.

“No royalties are being paid but why is it that nobody is complaining about this. The Chinese and the Lebanese are carting away our gold, barite and precious metals and we are not getting royalty. But we are fixed on oil.”

He added that the proposed 18 per cent derivation and five per cent for mineral development was “right and just.”

In her submission, another member of the Devolution of Power Committee and Niger Delta activist, Annkio Briggs, said she was surprised by the position of the northern delegates.

She said, “I am not speaking for the South-South at the confab, I am speaking for the people in the Niger Delta that have not had electricity for over 50 years of exploring and exploiting oil and gas in the area.

“We have lacked and wanted it because our resources have been used to develop Nigeria, excluding us; when Abuja is having eight-lane roads being constructed day and night. Abuja may be the capital of Nigeria; it is in the northern part of Nigeria.”

She decried that a second runway had been approved for the Nnamdi Azikiwe Airport, Abuja, while the airport in Port Harcourt, Rivers State, which had existed before the creation of Abuja, had not been built to international standards.

Briggs said, “That resource control may lead to the splitting of Nigeria is the most selfish thing I have heard since we have been discussing the issue of derivation. This is the most unreasonable and selfish reason.

“Are they saying that we should not develop until the rest of Nigeria develops along with us? The reason why everybody is thoughtful about what we are talking about at the conference today is very clear that everybody cannot develop at the same pace. There are people who want to go to school and there are those who don’t want to.”

The inability of the delegates to agree on the percentage of derivation to be paid to the oil-producing states had forced the confab to adjourn before time on Tuesday.

The conference adjourned at 12.58pm instead of the usual 3.30pm that the delegates had agreed to since the commencement of the Ramadan.