Clampdown: As military returns to its old ways 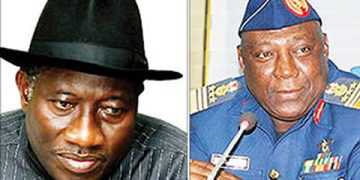 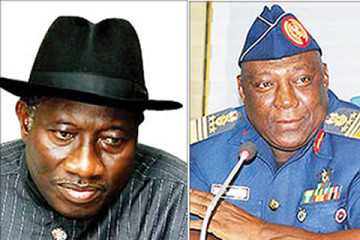 Onslaught on newspapers by the Federal Government evokes suppressive tendencies of military rule. Last week, President Goodluck Jonathan engaged the reverse gear and dragged Nigeria back into time. In different parts of the country, the military, which answers to Jonathan as Commander-in-Chief reenacted its infamous roles in the era of Nigerian military dictatorship.

Soldiers, who claimed they were acting on orders from above, fanned out to steal and seize newspapers, brutalise vendors and distributors and cripple the distribution mechanisms of major newspaper houses. The

operations affected all the major newspapers in the country, especially The Punch, The Nation, Daily Trust, LEADERSHIP and Vanguard.

Analysts have described the operations which began in the wee hours of Friday as the closest thing to a coup planned and executed against the fourth estate of the realm.

Describing what happened, The Chairman of the Board of Trustees of Newspaper Distributors in Abuja, Mr. Oladipupo Moses, said the soldiers led by an officer in a green tracksuit impounded distribution vehicles.

He said, “They impounded all our distribution vans. The soldiers then searched all of us. They didn’t allow us to distribute newspapers.”

The military’s move attracted condemnation from all over the globe. The international community, the Nigerian opposition, the civil society and the public were unanimous in condemning the military’s brigandage.

Critics argued that the military did not only obstruct the lawful entrepreneurship that the media owners, managers and their staff are engaging in, it trampled on the right of the public to information and deepened the climate of fear that insurgency, widespread corruption and official inefficiency have spread across the country.

The Committee to Protect Journalists described the attack on the media as a “persecution.” Its Africa Programme Coordinator, Sue Valentine, said, “Journalists and news outlets have been targeted by both sides in Nigeria’s protracted war against extremist sect, Boko Haram, which seeks to establish Islamic rule in Northern Nigeria. Security agents have used the pretext of the insurgency to threaten, harass, detain, and seize the equipment of journalists.”

The All Progressives Congress also warned that a clampdown on the media was a war President Jonathan could not win.

In a statement issued in Lagos on Sunday by its Interim National Publicity Secretary, Mr. Lai Mohammed, the party said the President failed to learn the lessons of history that the Nigerian media could neither be intimidated nor suppressed by anyone, and that all those who tried to do so in the past lived to regret their actions.

It said, ‘’Even if one believes the administration’s babble that President Jonathan holds the media in high esteem, how can that be justified by the indignities being meted out to the media under his watch? How does the so-called intelligence report justify the arrest of media workers, detention of distribution vans and the impounding of newspapers? How does it justify the restriction of newspaper circulation? How does it justify an administration’s efforts to tamper with fundamental rights guaranteed by the nation’s constitution?

“With the clampdown on the media, the Jonathan administration has opened a new but dangerous flank in its war against Nigerians. The outcry against the obviously-orchestrated ban on peaceful protests had barely died down when the government moved to stifle press freedom. But it is a lost battle.’’

As the siege gathered steam and prepared to enter the second day, the military scrambled to offer an explanation that would stem the criticisms. According to the Director of Defence Information, Maj.- Gen. Chris Olukolade, the onslaught was launched after security agencies received “intelligence reports indicating movement of material with grave security implications across the country, using the channel of newsprint-related consignments.”

Contrary to the expectations of many inquiring and right-thinking members of the society, Olukolade did not explain if the “materials with grave security implications” were found in the newspaper vans seized. He also did not explain why the newspapers were seized and staff detained.

The next day, Saturday, brought more cause for concerns. Soldiers continued the operation, thus giving stakeholders an impression that the exercise might have come to stay. SATURDAY PUNCH could not distribute early because soldiers barricaded the newspaper distribution centre at Garki, ‘Area One’, marching out newspaper marketers, distributors and vendors around 2am.

Just like in most parts of the country, armed soldiers prevented marketers from offloading newspapers from distribution vans that brought the papers to the centre.

The military men searched each of the marketers, distributors and vendors before allowing them to enter the centre. The situation worsened around 7am when the soldiers ordered them to go home, declaring that they would not allow distribution of the newspapers.

When the workers of the media houses and distributors assembled near the centre, the soldiers dispersed them, threatening to deal with anyone who failed to leave the area.

Also on Saturday, hopes that President Jonathan would leash the rampaging military men were dashed when Senior Special Assistant to the President on Public Affairs, Dr. Doyin Okupe, all but gave the illegal military exercise a pass mark.

“The military has explained that the checks followed intelligence reports on the possibility of some elements within the society using such vehicles to convey materials with grave security implications across the country. You cannot neglect security threats because we are living in trying times. If the security of the country is at stake, some segments may have to undergo some discomfort. This is what we have to face because our country is under siege.

“Gentlemen of the press will recall that it was President Goodluck Jonathan who signed the very contentious Freedom of Information Bill into law immediately on assumption of office and has consistently espoused the principles of openness, accountability and liberalism in its relationship with the Media at all times,” said Okupe in a statement.

In the aftermath of these incidents, fears have been expressed in several quarters in Nigeria that the dark fog of dictatorship and military rascality that enveloped Nigeria during her long, dark years of military rule might be creeping back.

These fears have persisted despite the obvious fact that this is supposed to be a democratic era with a sitting President and all apparatus of civilian rule in place.

But among the country’s media practitioners, the fear is that Nigeria’s military may return to its old ways and familiar tactics may go full circle.

Those who have expressed this fear are quick to cite certain unsavoury happenstances during the dictatorship of Gen. Abacha to buttress this argument.

It was common during this era for the military to accuse pro-democracy activists and journalists of planting bombs and launching attacks against government institutions.

In May 1995, after a bomb explosion rocked an event attended by the dictator’s wife, Maryam Abacha, in Ilorin, Kwara State, the police arrested NADECO members and accused them of planting the bombs.

While Abacha’s reign of terror lasted, the Federal Government accused several NADECO stalwarts and even the US ambassador of planting the bombs that were targeted at military formations in the country.

Others had a narrow escape. They were Abraham Adesanya, the leader of Afenifere, the pan-Yoruba cultural group; Chief Bola Ige, Alex Ibru, a former Minister for Internal Affairs, Gen. Alani Akinrinade, a retired army officer considered to be “military commander” of NADECO; Chief Gani Fawehinmi, a popular human rights activist in Lagos; Air Commodore Dan Suleiman [Retd.], one of the few northern Nigerians in NADECO; Prof. Omo Omoruyi, the former director of the Centre for Democratic Studies, Abuja; Justice Omotunde Ilori, a prominent social critic; and Chief Abiola Opadokun, the then secretary of NADECO.

A number of serving military officers were also targeted by the terrorists, the most prominent were Col. Buba Marwa, a former Military Administrator of Lagos and Lt. Gen. Oladipo Diya, the then Chief of General Staff to   Abacha.

Not surprisingly, the action of the government and the military has given birth to pertinent questions among Nigerians.

One of the major ones in many circles is: after 15 years of democracy has the leopard changed its skin?

After the end of the regime, revelations from its key players showed that rogue agents of the Nigerian state, in the military and intelligence services, were behind the killings and bombings.

Watchers have expressed fears that remnants of the rogue elements of the Abacha junta may dust their operational manuals and put them to use again. Specifically, it has been said that the military may plant “materials with grave security implications” in newspaper vehicles to give the impression that the authorities were right, after all.

For Lagos-based lawyer, Bamidele Aturu, government would need to take urgent confidence building measures to assure Nigerians that the country will not descend into the anarchy of the Abacha years.

He says, “What the military has done is not justified at all. If you are looking for bombs and you check inside vehicles and find newspapers and you could not find what you were looking for. Why then do you seize newspapers? The military ought to apologise to the people. By seizing newspapers, the soldiers went beyond their brief. This onslaught on the media is detestable.

“There is no doubt that as we get close to 2015, politicians are getting unreasonable. Some of them might think that the best way to get their way through would be to clamp down on the media but that is a total mistake. Since the press survived under that military and under colonial rule, they should know that there is no way they can gag the press in Nigeria.”

In his view, the only person who can move the nation quickly away from the unfortunate events of last week is the person who is in the driver’s seat. The man who changed the gear to reverse.

He said, “I don’t see how the President can exonerate himself from the show of shame because he is the Commander-in-Chief of the armed forces and this thing has been done by military men and women. The Presidency has, in some sense, justified the action of the military. If he did not know about it, then he should call the military to order and ensure that those who have done it get punished. If he doesn’t do that, we will assume that he is baring his fangs; that he is beginning to show uneasiness because of 2015.”