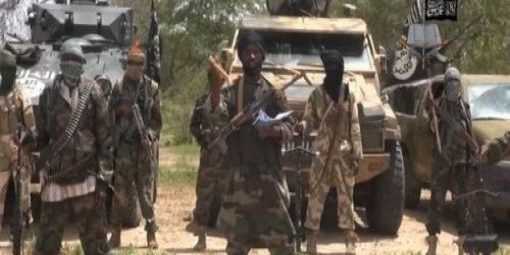 The Methodist Church of Nigeria has advocated amnesty for the Boko Haram sect,

should its members sheath their swords and embrace peace.

This is as the church said that one particular religion cannot rule the country, saying there must be collaboration among the various religions.

The Prelate of the Methodist Church, Dr. Samuel Uche, stated this yesterday during a news briefing in Port Harcourt to mark the end of 44th/9th Biennial Conference in Rivers State.

Uche said the church was not in support of the swapping of the kidnapped Chibok school girls with the detained members of the terrorist sect.

He stated that the insurgents remain unknown enemies, more dangerous than the Nigeria/Biafra civil war, adding that if they sheathe their swords, the Federal Government should grant them amnesty, otherwise they should be treated as criminals.

“The way Boko Haram is working, Biafra/Nigeria Civil War was better because you knew your enemy.

Their sponsors are everywhere. “When they come out and then repent, they would be granted amnesty the way they (Federal Government) did to the Niger Delta militants. Till now, we don’t know their faces.

So, they are criminals and should be treated as criminals,” he noted. Meanwhile, in a communiqué issued at the end of the conference and read by the Secretary of the Conference, Dr Raphael Opoko, the church expressed concern and condemned the abduction of the over 200 Chibok schoolgirls.

The conference, while preaching for peaceful coexistence among Nigerians, called on the federal government and the international community to ensure the safe release of the girls who have spent over three months in captivity.

“On the sad abduction of over 200 innocent female students of Government Secondary School, Chibok, Borno State, this conference condemns the activities of the Boko Haram insurgents and expresses concern over their continued absence from their families and loved ones.