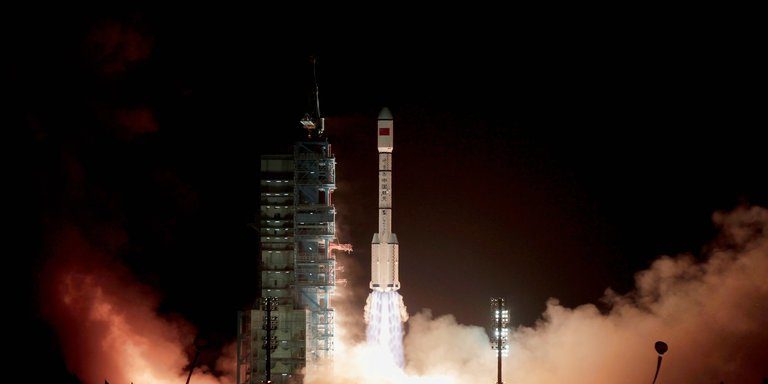 The sky is falling. Again.

China’s first space station, Tiangong-1, abandoned and out of control, is expected to drop out of orbit around this weekend, with pieces of it likely to survive the fiery re-entry and crash somewhere on Earth.

According to space debris experts, the chances that you personally will be hit by of a chunk of space metal are essentially zero — less than one in a trillion.

“It’s really very, very, very tiny odds,” said Andrew Abraham, an analyst leading efforts to track and predict the demise of the space station at the Aerospace Corporation, a nonprofit that performs research and analysis for the United States Air Force. “I certainly would worry about things like crossing the street far more than debris from Tiangong.”

Tim Flohrer, a space debris analyst at the European Space Agency, said the risk is “significantly smaller than being hit by lightning.”

For people north of 42.7 degrees north latitude — that includes the residents of Seattle, Britain and almost all of Russia — the odds are even better: exactly zero. That’s because the orbit of Tiangong-1 never passes that far north.

The same is true for regions south of 42.7 degrees south latitude, but that part is almost entirely unpopulated except for the tip of South America, the bottom part of New Zealand and a few scattered scientific research stations on Antarctica.

The European Space Agency just updated its forecast for Tiangong-1’s demise, pinpointing its fall anytime from this Friday to next Monday.

Aerospace offers a similar prediction: Sunday, give or take a couple of days.

The projections have remained steady in recent days, with uncertainties shrinking. Still, it is impossible to determine where the station, which is currently circling the Earth 16 times a day, will come down. Experts will not have a good idea until the final hours.

China launched Tiangong-1 — Tiangong translates as “heavenly palace” — in 2011 as essentially a proof-of-concept of technologies for future larger stations. It weighs close to 19,000 pounds and consists of two modules; one including sleeping quarters for two and the other housing thrusters, life support systems and solar panels.

Typically, for something that large, 10 percent to 40 percent of the mass will make it all the way to the surface without burning up. The Chinese have not released details of the space station’s design, making it difficult to calculate a more precise estimate.