China warns US against stirring up ‘instability’ in East China Sea 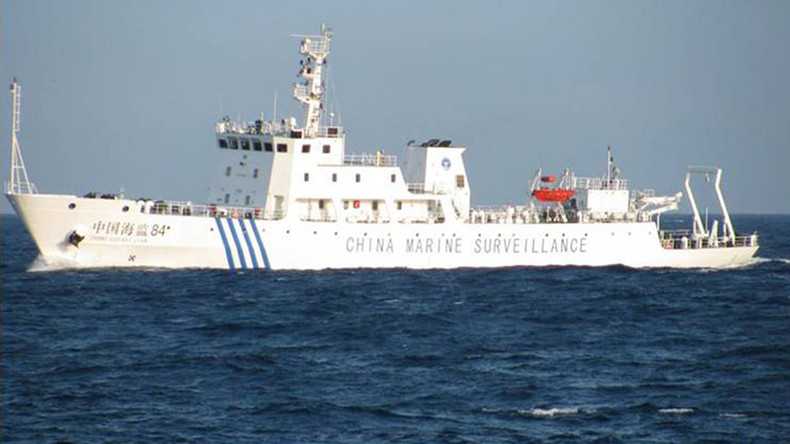 Speaking in Tokyo on Saturday, at the end of a visit to East Asia, new US Defense Secretary James Mattis reaffirmed American commitment to Japan’s security. Mattis made clear that the United States opposes any “unilateral action” to “overthrow” Japan’s administration of the Senkaku Islands.

“I made clear that our long-standing policy on the Senkaku Islands stands – the US will continue to recognize Japanese administration of the islands and as such Article 5 of the US-Japan Security Treaty applies,” Mattis said in a press conference with Japanese Defense Minister Tomomi Inada.

Under Article 5 of the treaty, the US agreed to defend territories under Japanese administration, which would include the disputed island chain in the East China Sea.

Beijing was quick to respond to Mattis’s comments, urging the US to tone down its rhetoric in regards to China in order to avoid instability to the region.

“The Diaoyu Island and its adjacent islets have been an inherent part of Chinese territory since ancient times, which is a unchangeable historical fact,” Foreign Ministry spokesman Lu Kang said following the US official’s statement.

The spokesman called the US-Japan security treaty a “product of the Cold War,” which should not harm China’s territorial “sovereignty and legitimate rights.”

“We urge the US side to take a responsible attitude, stop making wrong remarks on the issue involving the Diaoyu Islands sovereignty, and avoid making the issue more complicated and bringing instability to the regional situation,” the spokesman added, according to Xinhua.

China and the US seem to be heading on a collision course after President Donald Trump assumed power in the US. Trump entered office at the time of tense relations between Beijing and Washington.

Trump, however, exacerbated the bilateral relations even further and has threatened to oppose China on a number of fronts, from military build-up to monetary policy. He has even cast doubt on Washington’s long-standing commitment to the “one China policy,” which regards Taiwan as one with mainland China governed by Beijing. Trump’s adviser, Steve Bannon, even warned of a possible war between China and the US.

Into a Spiral: Trump’s tough trade talks could lead to ‘cycle of retaliation’ between US, China https://t.co/JZs9pyFJNWpic.twitter.com/8B2ZdBBwkW

Speaking on Saturday, Mattis was also critical of China’s sovereignty claim in the South China Sea, where the US continues to sail under the principle of freedom of navigation. Mattis promised to continue that strategy.

To protect its rights, China has begun artificially expanding and militarizing its islands in the area. Since 2014 Beijing has equipped them with airfields, ports and weapons systems while warning the US warships and aircraft to stay away from the area.

“We hope that the non-regional country can respect the common interests and aspirations of regional countries and help preserve a peaceful, stable and secure environment for the region since it serves the interests of all parties,” the spokesman said, referring to the US.

Kang also reminded Washington that it stands in strong opposition to the deployment of THAAD to South Korea, urging Washington to reconsider its decision.

“We believe that this move will undermine the strategic security interests of regional countries including China, disrupt regional strategic balance, and help in no way peace and stability on the Korean Peninsula. We urge relevant parties to end the deployment and stop making more steps down the erroneous path,” Kang said.

Commenting on the development of a possible trade war between two states, China has appeared to be calm about possible future outcomes.

“As for the economic and trade issues between China and the US which have been much talked about by President Trump, we keep stressing that the economic and trade ties between the two countries did not grow to the current scale by accident. It is the result of the joint efforts of the two governments, peoples and business circles.” Kang said. “To maintain such a sound momentum serves the interests of the two sides.”

“China will never wage a currency war to seek advantage or to gain a competitive edge in trade. We have no intention of causing a currency war,” the spokesman stressed. “Long-term speaking, such war brings no benefit to China.”