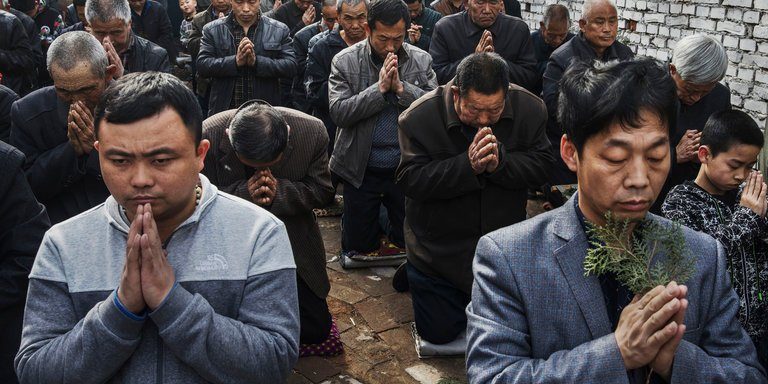 The authorities are trying to keep out of the public eye during Easter week an underground Chinese bishop at the center of a controversial deal between Beijing and the Vatican, according to people working in his office.

A Rome-based news agency has reported that Guo Xijin was briefly detained on Monday because he refused to celebrate the upcoming Easter Mass with the government-approved bishop, but people working in his parish office said the aim was to keep him out of the spotlight during the days around Easter, which is celebrated this coming Sunday.

Bishop Guo, 59, of the Mindong diocese in central-eastern China, was taken to the city of Xiamen. He was allowed to return home on Wednesday for family reasons, but members of his staff said he was expected to resume his forced vacation later this week.

He had been asked by Rome to step aside in favor of a Communist Party-approved bishop in the region. This was meant to be a key plank in Rome’s efforts to heal a decades-long rift in the Roman Catholic Church in China, which is divided between underground worshipers, priests and bishops loyal to Rome and Beijing-approved churches that some worshipers consider to be illegitimate.

The split has hampered the church’s growth, causing membership to decline in recent years even while other religions in China grow.

Under the deal, the Vatican would make two key concessions. It would ask underground bishops — Bishop Guo and one other — to step aside and serve under government-appointed bishops. The Vatican would also approve seven government bishops that it had previously declared to be illegitimate.

In exchange, the Vatican would have influence over the future appointment of bishops — possibly a veto, although the details are not yet clear.

The idea was that this would make all bishops and priests legitimate and unite the church.

But Pope Francis has come under fierce criticism by critics who say he is naïve in believing that the Communist Party would grant the church influence over Chinese government religious policy. An array of theologians, political commentators and clergy have said that the deal is a sellout of the underground church.

Bishop Guo’s detention is bound to fuel these criticisms. In an interview with The New York Times last month, he said he would step aside if the Vatican asked him to do so. But he cautioned that the government might essentially want to sever ties between Chinese Catholics and Rome.

This interpretation is supported by the recent reorganization of government agencies. Under the plan, the State Administration of Religious Affairs would be made subservient to the Communist Party’s United Front Work Department, making religious work subject to party directives on religion.

The move came two years after a government inspection team criticized the State Administration of Religious Affairs, saying it was not enforcing party directives forcefully enough.

In recent years, the party has signaled that its main concern is foreign involvement in religious issues. This culminated in new regulations that took effect on Feb. 1 calling on all religions in China to “Sinicize” — to become Chinese: In other words, to come under closer government control.