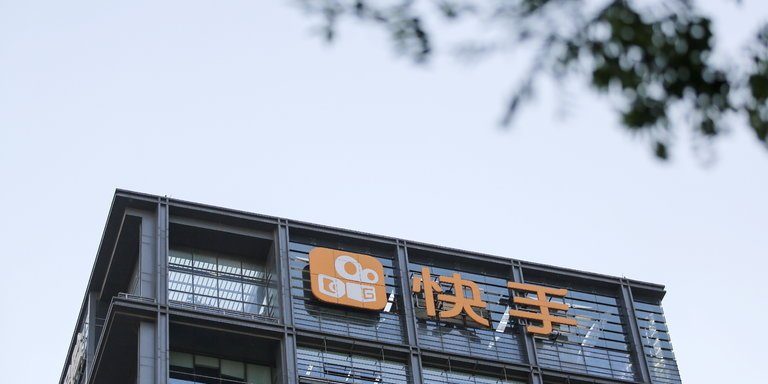 BEIJING — It was not Yang Qingning’s millions of social media followers or her political beliefs that made the young woman the scorn of Chinese state media recently.

It was her tiny baby.

Two of China’s most popular video platforms disappeared from app stores this week after the state broadcaster CCTV accused them of promoting underage pregnancy. A segment last week on CCTV featured what it said were teenage women whose videos — chronicling the joys and tribulations of motherhood, complete with images of swollen bellies — had attracted millions of followers and viewers. A stern but unspecific rebuke from China’s top media regulator followed a few days later.

The slapdown — which comes as China’s government extends its internet controls to encompass not only what it finds politically subversive, but also what it deems unwholesome or pornographic — prompted quick declarations of remorse from the video apps’ creators.

“Content appeared on the platform that shouldn’t have been there, and it has had an extremely bad influence on society,” Su Hua, the chief executive of the company that operates Kuaishou, one of the apps, wrote in a statement. “I am very grateful to CCTV and other media for criticizing Kuaishou, so that I could clearly see my own deficiencies.”

The company behind the other app, Huoshan, wrote: “Thanks to CCTV’s supervision, Huoshan feels a deep sense of responsibility.” The creators of both apps said that they would strengthen their systems for screening videos.

It was not clear whether or when the apps would be returned to stores. Spokeswomen for Kuaishou’s and Huoshan’s parent companies declined further comment.

Online video has become a fierce battleground for Chinese technology firms. Kuaishou (pronounced KWAI-show) says its app is used by 100 million people every day. The parent of Huoshan (hwaw-SHAN) is Beijing Bytedance Technology, which says its flagship news app, Jinri Toutiao, has 120 million daily users. The attention of big-name Silicon Valley investors such as Sequoia Capital has helped Bytedance become one of the most highly valued tech start-ups in the world, with a recent valuation of $30 billion.

Kuaishou has a huge following outside of China’s megacities. The platform, which shares features in common with Instagram, Snapchat and Periscope, has become a way to exchange glimpses — often bawdy and free-spirited — of ordinary lives in China. It has made celebrities out of people as varied as train conductors, ice fishermen, female welders in shipyards and would-be guitar heroes in ramshackle hamlets.

The democratizing possibilities of such services have not gone unnoticed by China’s censors.

As they have taken a harder line on online discourse, media regulators have made targets of celebrity gossip blogs, ranting rappers and more. Updates to several sections on Toutiao, Bytedance’s news app, were halted for 24 hours recently after regulators accused it of spreading “vulgar information.” Sina Weibo, a Twitter-like forum, had to take several features offline for a week after it was scolded for similar transgressions.

Adolescent motherhood is a subject that arouses special alarm in China. Even as economists warn of a demographic emergency caused by the “one child” policy, which was ended in 2015, unwed mothers — even those of legal age — are stigmatized and face legal bias. What is more, sex education has struggled to keep up with changing mores, increasing the likelihood of unwanted pregnancies.

Last week’s CCTV segment begins with a young man and woman sitting together on a bed, their faces digitally blurred, as bouncy pop music plays in the background. “What do you think of when you see this video?” a narrator says. “Someone showing off their family’s cute children? Wrong. These two children already have their own children. This mother is not even 16.”

Over images of another young woman with strawberries digitally superimposed on her cheeks, the segment continues: “Perhaps this sweet young girl is obediently helping her parents take care of her little brother. You’re wrong again. This is another 16-year-old young mother.”

China does not allow men to marry before the age of 22, and women not until 20, the segment says. The young mothers on these apps, according to the segment, mostly live in rural areas and have dropped out of school. “Their lives are dull, and they crave attention,” the narration says.

The segment says that several such women had been vying, on the video apps, to be crowned the internet’s youngest mother. One went by the username “14 years old and already have my little cutie.”

After you have viewed the Kuaishou account of one teenage mother, CCTV says, the app even recommends other teenage mothers whose videos might be of interest.

An expert interviewed in the segment warns that such technology could cause young viewers to be drawn into a self-reinforcing spiral of “negative influence.” “She will think that in her world, this kind of abnormal or illegal behavior is normal,” the expert says.