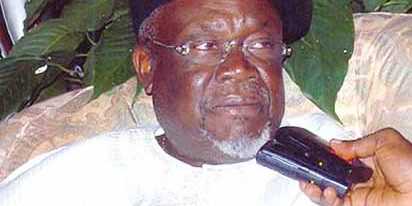 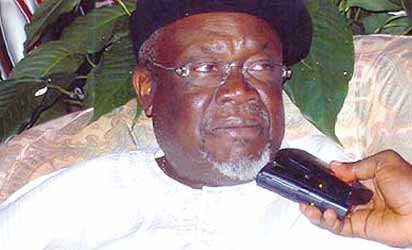 FORMER Minister of Foreign Affairs and chieftain of All Progressives Congress, APC, Chief Tom Ikimi, has said that he stayed away from the party’s recent national convention in Abuja because the APC Governors Forum, AGF, and  former Lagos State governor, Asiwaju Bola Tinubu, had already predetermined the outcome of the exercise.

He said that Tinubu and the AGF hijacked the powers of convening the  event from the National Interim Executive Council of the party, adding that same led to the alleged undemocratic manner through which party executives emerged.

Ikimi, in a statement, regretted that Tinubu allegedly arrogated to himself the right to decide for the party, who the national officers should be, adding that he unilaterally appointed  Chief John Odigie-Oyegun as the National Chairman.

Charade
He said: “I did not attend, neither did I participate in the charade called convention. I paid N250, 000 for the form to contest for the national chairmanship on the basis of the overwhelming support I received from my state, Edo State. The form is still with me, which I will return and ask for a refund of my money. I did not step down for anybody. When it became clear to me and many others, including my supporters, that the outcome of the contest would not be determined by a free and fair vote at the convention, most of the delegates, tired and weary after waiting for more than 24 hours for accreditation all day at Eagle Square, departed. The venue was then over run by all manner of people who broke through the barriers.
Secret meetings and caucuses

‘’The National Interim Executive Council was never convened again to approve any of the arrangements before the convention and it was never even accorded the courtesy of a valedictory session. All that transpired thereafter leading to the convention happened mostly at secret meetings and caucuses some of which I have since become aware were convened in Europe. The party was now run as a private property.

“Tinubu operated as the core of one of these caucuses, whose membership varied from time to time within the realms of his whims and caprices. The other known caucus was the APC Governor’s Forum. These two groups hijacked power from the National Interim Executive Council, which is the body known to Independent National Electoral Commission, INEC. However, it was from these two caucuses that the idea of zoning the party positions emerged. Zoning is a principle alien to our party’s constitution, but if at all it had to be employed at some stage and the process democratically carried out to ensure the equitable distribution of key offices in the party and government to the different geo-political zones in the country, it is my view that the process should be open and transparent and should be approved by the Interim National Executive Council of the party.

‘’Chief Bisi Akande cannot produce any such approval. In addition and in my opinion, I felt strongly that if we were bound to proceed on the basis of zoning that both party offices as well as key offices in government such as President, Vice President etc., should be put on the table and zoned at the same time. My suggestion was motivated by strong information I had received of plots being hatched to steam role a Muslim Muslim Presidential and Vice Presidential ticket for the APC in the 2015 election and with specific individuals in mind as the beneficiaries.”