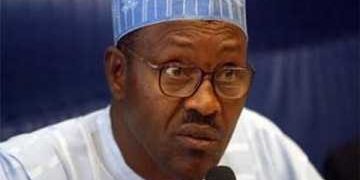 There were indications in Abuja on Friday that a former Head of State, Maj.-Gen. Muhammadu Buhari (retd.), may reject the offer by the Boko Haram Islamic sec

to lead talks between it and the Federal Government.

Our correspondent gathered that the associates of the three-time presidential aspirant have advised against accepting such offer.

Though his spokesman, Mr. Yinka Odumakin said he (Odumakin) had yet to speak with him since the news broke out on Thursday, he gave an assurance that Buhari would not accept the offer.

Odumakin, who is outside the country, said in a text message to our correspondent, “I’m out of the country and yet to speak with him but I can tell you authoritatively that he won’t accept such offer as he does not support murderous activities.”

His associates and friends were said to have reasoned that accepting the offer might be misconstrued by his political opponents.

Already, the Congress for Progressive Change has said that Buhari has nothing to do with members of the sect.

The party, while reacting to the terms of peace talks with the Federal Government as released by the sect on Thursday, said that the choice of Buhari as one of the negotiators by the sect should not be misconstrued to mean he was a member of the dreaded sect.

A statement by the National Publicity Secretary of the party, Mr. Rotimi Fashakin, on Friday, was however silent on whether the party’s former presidential candidate would accept the offer or not.

When called on the telephone to seek clarification on this, Fashakin said that should not be the issue, adding that the behaviour of the Peoples Democratic Party-led central government was to use the Boko Haram issue to divert attention from its alleged incompetence.

His statement reads in part, “Our attention, in the CPC (has been drawn) to a widely publicised news that our National Leader, Muhammadu Buhari, has been appointed to take part in a Boko Haram/Federal Government parley.

“As a party, we’re convinced that this is the latest gambit in the desire of this organically corrupt PDP-led Federal Government in diverting the attention of the unsuspecting Nigerian public from the ongoing massive looting of their common patrimony.

“Without any scintilla of equivocation, General Muhammadu Buhari has never been directly or remotely connected with any insurrection or insurgency against the Nigerian nation and her people.

“He remains the quintessential patriot that continues to magnetise the very best across the ethno-religious boundaries within the Nigerian nation-space.”

He alleged that the PDP was the harbinger of the insecurity travails of the Nigerian people for the sole reason of ensuring perpetuity in governance.

Fashakin said that there were three variants of Boko Haram in the country.

He appealed to Nigerians to reject “this latest deceptive ploy by this PDP-led government and demand more transparency in the governance of the nation.”