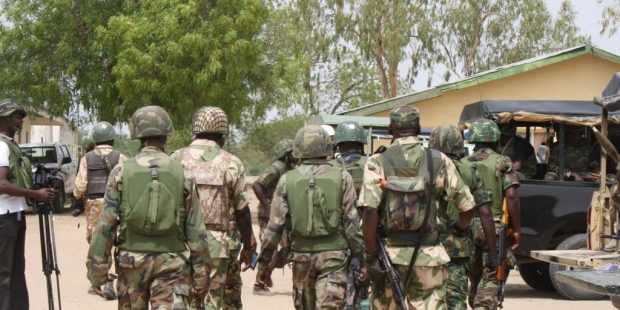 Chief of Army Staff, COAS, Lt.-Gen. Kenneth Minimah, yesterday declared that Nigerians should begin to expect results in the military operations to quash the Boko Haram insurgents and return the country to its peaceful status.

Consequently, the COAS has given briefs to all commanders and principal staff officers of the army, throughout all commands, units and formations, warning against the rising indiscipline by troops in the course of the anti-insurgency war.

Minimah, who was speaking while declaring open the Chief of Army Staff ’s third quarter conference in Abuja, also cleared the air on foreign military assistance and claims that no foreign troops or arsenals were on the ground in the country’s efforts to prosecute the war.

The COAS said that his experience in the past six months of his assumption of office had been very challenging because of security problems orchestrated by the Boko Haram and other terrorists in the country.

This is coming on the heels of popular belief that troops from the United States, United Kingdom, UK, France and Israel, were on the battlefield, fighting alongside Nigerian soldiers to rescue the over 200 students of Government Girls’ Secondary School, Chibok, Borno State, who have remained in Boko Haram’s captivity since April 14 when they were abducted.

According to the army chief, what the foreign nations were doing was sharing intelligence with the Nigerian armed forces, noting that the military operations were not being complemented by foreign troops.