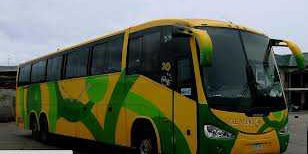 However, his driver and a Police escort were shot dead by the gunmen.

Policemen from Area ‘E’ on patrol were said to have swooped on the gunmen and engaged them in a gun battle during which two of the gunmen were killed while others escaped.

Chief Obianodo was returning from work at about 9 p.m. when the gunmen, numbering five, who drove in a Sport Utility Vehicle intercepted him on 22 Road and opened fire

Other road users who were alarmed by the gunshots hurriedly made u-turns.

His Police orderly, identified as Ngozi Chijioke, was said to have attempted to match the gunmen fire-for-fire. Unfortunately, he was killed.

Corporal Chijioke attached to Patrol and Guards of the Lagos State Command reportedly died on the spot.

One of the bullets from the gunmen was said to have hit Obianodo’s driver in the chest, after a futile attempt to wriggle his way out of the fire line.

Obianodo, on his part, was said to have been hit in the left arm by the gunmen’s bullet before policemen arrived the scene. The bullet was reportedly aimed at his chest but hit one of his hands.

He was immediately rushed to an undisclosed hospital where the bullet was extracted. According to Police authorities, he is responding to treatment.

Confirming the incident, spokesperson for the Lagos State Police Command, Ngozi Braide, said AK-49 and AK-47 rifles with 400 live ammunition and 10 fully loaded magazines abandoned by the fleeing gunmen were recovered at the end of the shoot-out.

However, the attack on Obianodo was widely speculated as an assassination attempt but Braide said investigation was ongoing. She said efforts were on to arrest the three fleeing gunmen, whose operational vehicle was riddled with bullets.

According to her, “his vehicle was double-crossed in a lonely area around 22 Road in FESTAC town and the assailants opened fire and killed his driver.

“We lost one of our men too. Some policemen who were on patrol heard the sound of the gun and moved to the scene and there was serious exchange of gunfire during which two of the suspects were killed.

“Their Highlander SUV was perforated with bullets while the other suspects who escaped in it sustained bullet injuries.

“AK-49 and AK-47 rifles with 400 live ammunition and 10 fully loaded magazines were recovered from the suspects.”

She, therefore, appealed to members of the public to avail policemen information on anyone with bullet wounds. She called on doctors and native doctors to also be at alert.