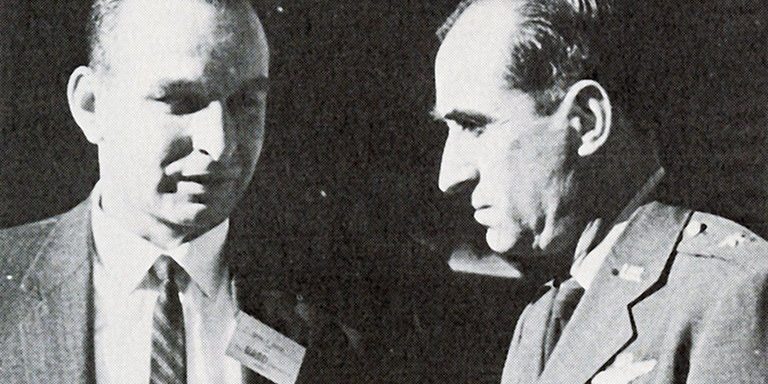 Charles J. Zwick, who as President Lyndon B. Johnson’s last budget director helped engineer the only federal surplus posted within a span of nearly four decades, died on Friday at his home in Coral Gables, Fla. He was 91.

The cause was cancer, his wife, Barbara, said.

In 1968, Mr. Zwick faced a clamor among congressional conservatives for cutbacks in Great Society social-welfare programs. But he also had to contend with Johnson’s demands to safeguard that agenda and relieve the continuing budgetary pressures imposed by the Vietnam War.

Mr. Zwick managed to reconcile these competing forces with an income tax surcharge.

“When you couldn’t support both guns and butter without an increase in taxes, then you were in trouble,” Mr. Zwick said in 1968 in an interview for the Lyndon B. Johnson Presidential Library.

The president had originally asked for a 6 percent tax surcharge. Congress wanted a $6 billion spending cut. When Johnson’s final budget was passed, he got a 10 percent surcharge, while Congress managed to pare domestic programs by only $4 billion.

Fueled by a booming economy, the surcharge resulted in a $3.2 billion surplus for the fiscal year ending June 30, 1969, by which time Richard M. Nixon was in the White House. It was the only surplus generated by the federal budget from 1960, the last full year of the Eisenhower administration, to 1998, under President Bill Clinton.

“It was not cutting expenditures,” Mr. Zwick recalled in 2000 in an oral history interview with the University of Florida history department. “It was growing revenues that really balanced the budget.”

Mr. Zwick’s assistant budget director, Peter A. Lewis, also gave credit for the surplus to what he described as Johnson’s uncomplicated formula for bankrolling federal disbursements.

“Rather than closing this or that loophole,” Mr. Lewis said in a telephone interview, “at the end of your tax form you just added 10 percent.”

Mr. Zwick was director of the Bureau of the Budget (now the White House Office of Management and Budget) for a year, until Johnson left office in January 1969. He was then chairman and chief executive of Southeast Banking Corporation in Florida until 1991, when he resigned after the company recorded losses in real estate.

In 2010, Mr. Zwick gave $1 million to the University of Connecticut to finance the expansion of the renamed Charles J. Zwick Center for Food and Resource Policy, which seeks market solutions to problems involving food and energy.

In 2011, he donated $1 million to the RAND Corporation to establish the Zwick Impact Fund, which has studied autonomous vehicle safety, the benefits of educating prison inmates, the prevention of hazing in the military and the cost of caring for patients with dementia.

Charles John Zwick was born on July 17, 1926, in the Plantsville section of Southington, Conn., to the former Mabel Rich and Louis Zwick, a farmer who raised vegetables and flowers.

“Then we grew what is known as the last crop of every farm in Connecticut, a housing development,” he said in 2000. “That was the end of the Zwick farm.”

His mother sent him off to the University of Connecticut, where the only A grade he received as a freshman was in economics.

“I said, ‘Gee, that is pretty good. Maybe that is what I ought to be, an economist,’ ” Mr. Zwick recalled.

When his father was seriously injured in a tractor accident, he returned home to run the farm for several years.

“That was enough for me to decide I did not want to be a farmer full time,” Mr. Zwick said.

He enlisted in the Army and served in Japan after World War II, then completed his bachelor’s and master’s degrees in agricultural economics in 1950 and 1951 at the University of Connecticut. He later earned a doctorate in economics from Harvard.

Mr. Zwick was a researcher at the RAND Corporation from 1956 to 1965, heading its logistics department and studying urban transportation and Air Force efficiency. He came to the attention of the Johnson administration during the Vietnam War as leader of an on-site RAND study of the so-called pacification program to win popular support for the South Vietnamese government. The study concluded that the program was failing because the government’s leadership was not indigenous.

He was named assistant to the budget director, Charles L. Schultze, in 1966 and succeeded him in 1968.

“One of the first things you must do, Mr. Zwick, is to learn the basic vocabulary of the budget director,” Johnson advised him at his swearing-in. “Your predecessors were masters at it. As they can tell you, the first word you have to learn to speak is, like a child says ‘da da,’ a budget director has to say, ‘no, no.’ ”