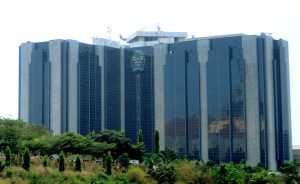 A deputy governor of the Central Bank of Nigeria (CBN) and two directors of the bank have been placed on suspension over allegations of a multi-million naira scam.

The scam, described by insiders as “sophisticated” bordered on a plot to defraud the bank of a huge sum of money.

Preliminary investigations into the matter point to possible connivance between the the top bankers, prompting the CBN Governor, Mr. Godwin Emefiele, to order for their suspension.

The CBN had earlier issued a mute statement about uncovering what it described as a highly sophisticated plot to defraud the bank, but without given details.

The bank said in a statement by the Acting Director, Corporate Communications, Isaac Okoroafor, that while preliminary investigations had not revealed any accomplices within the bank, some personnel within the CBN had been placed on suspension.

It, however, said the need to place the officials on suspension was to allow for proper investigations by the relevant authorities.

The statement read, “A highly sophisticated plot to defraud the CBN by some criminally minded elements has been uncovered and aborted by the bank.

“Although preliminary investigations so far have not revealed any accomplices within the CBN, the management has decided to place all key personnel involved in the transaction on suspension.

“This is to ensure a full and unfettered investigation. This incidence has been reported to the relevant authorities.”

The CBN in the statement assured stakeholders in the banking sector that the security within the central bank remains intact and had not been breached.