Catholic priest, Bishop Mathew Hassan Kukah, has called for a change in leadership process in Nigeria 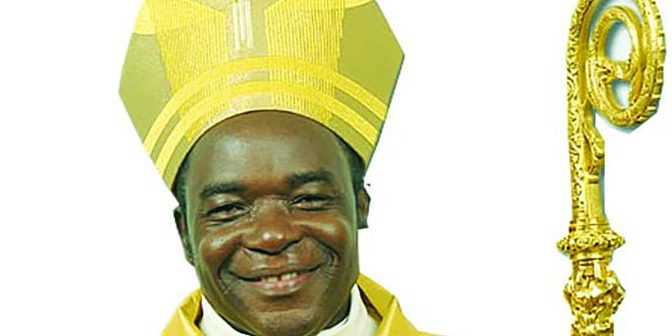 The former Secretary of the Oputa Panel on Reconciliation as well as the Constitutional Conference submitted that the country faces severe leadership challenge because of flawed recruitment.

Speaking on  “After the insurgency: Some thoughts on Reconciliation in Nigeria” as the lecturer for the 43rd convocation of University of Nigeria, Nsukka, Kukah decried the current situation.

He stated: “Too many people from top to bottom are coming into public life with no preparation and no pedigree or evidence of exposure and success in any other endeavour beyond the patronage of politics.

“Too many people are therefore in office but not in power. With too many key actors with limited capacity, ability and exposure, we see that our public officers are soon weighed down by raw power, leading to manufacturing of election results, tinkering with the processes and wanting to stay in power far too long”.

Bishop Kukah traced the roots of anti-Muslim violence in Northern Nigeria to the British conquest of the Sokoto Caliphate in 1903. Northern leaders then wrongly in his view equated the colonial mission with Christianity, thus breeding suspicion. More recently, Boko Haram arose, he stated, from injustice due to failure of leadership at political and religious levels.

Kukah added: “What we call Boko Haram today is just a handing over the baton in a long relay race of injustice and incompetence in government. Yesterday, Oodua Peoples’ Congress burnt, killed, and ended up getting a President Obasanjo. Today, the Niger Delta think President Jonathan is a reward for their struggles. Why will Boko Haram not think that it is only violence that will give them a president or an Islamic state? We cannot go on this way and in our situation; perception is reality, tragic as it may be. What we sow is what we shall reap.”

Noting that Nigerians have a wholly negative view of every past leader, Kukah called for a more balanced view of Nigerian history and respect for facts.  “Nigerians like to think of their country and its past in such negative terms as if somehow, nothing has happened to us and no leader has done anything positive or worth celebrating or remembering. “There is hardly a former Head of State that commands the required respect of Nigerians across the board. Our views about our former public officers are shaped by self-serving assessments, tainted by selfish, clannish, ethnic, regional or religious considerations. “Thus, there can hardly be a common view about any single former Head of State or president that can command cross-cutting respect and integrity,” Kukah stated.

He decried the strident criticism of the inclusion of the late Head of State General Sani Abacha in the centenary honours list, saying that while, “history is a highly contested terrain, we must develop the capacity of managing the good, the bad and the damn ugly. “We can subject them to any interpretation but we cannot wipe them out of history.”

According to Kukah: “For whatever reason, had there been no Abacha, there perhaps would have been no President Goodluck Jonathan, no former Governor Tinubu or my good friend, Kayode Fayemi, today. This is because there would have been no Ekiti, Nassarawa or Zamfara states. We can judge General Abacha over his theft of state resources, but you can’t tell that to the people of Sierra Leone where he is revered.”

At the lecture chaired by former Senate President Dr Ken Nnamani, Kukah cautioned against using the ongoing National Conference for the political ends of the leadership. He doubted the utility of the conference and the document it would produce against the backdrop of history and current practices by politicians.