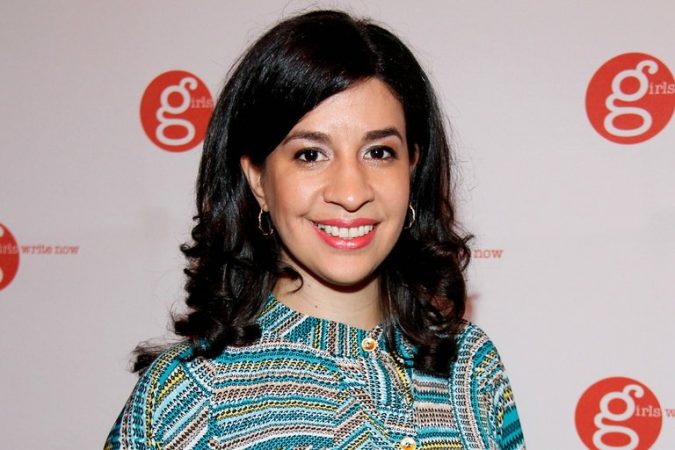 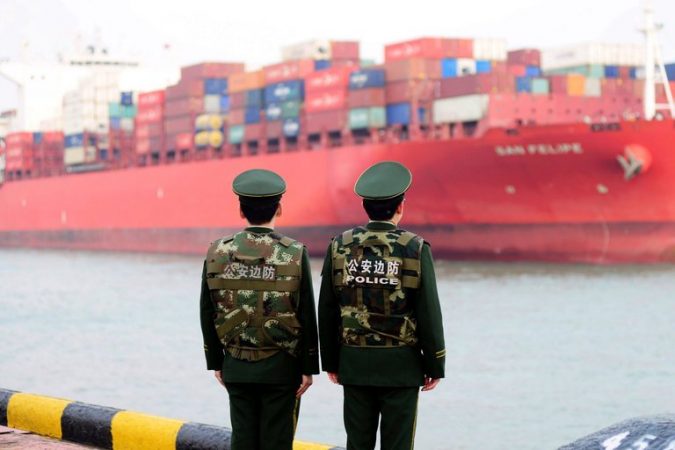 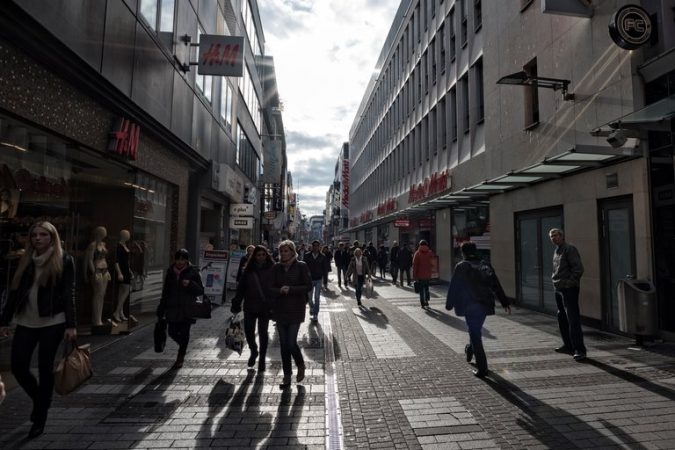 Supported by Business Day H&M, a Fashion Giant, Has a Problem: $4.3 Billion in Unsold Clothes Photo The fashion retailer H&M reported poor earnings on Tuesday, and is sitting on a huge pile of unsold clothes. Credit Horacio Villalobos/Corbis, via Getty Images In the world of fashion retailing, where shopping is fast moving online and stores try to keep inventories closely matched to sales, even a small stack of unsold clothes can be a bad sign.
What about a $4.3 billion pile of shirts, dresses and accessories? That is the problem facing H&M, the Swedish fashion retailer, which is struggling with a mounting stack of unsold inventory.
H&M outlined the buildup in its latest quarterly report on Tuesday, prompting questions of whether the company is able to adapt to the fierce competition and changing consumer demands reshaping the global apparel market.
Signs of its expanding unsold inventory began emerging last year, when it reported an unexpected quarterly drop in sales. The decline.. 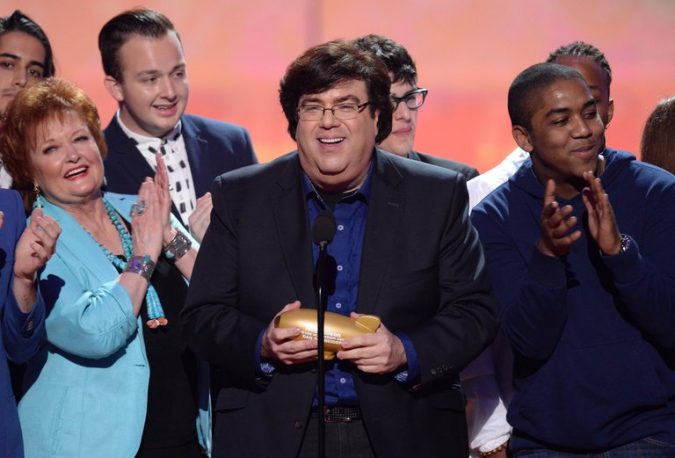 Supported by Media Nickelodeon Parts Ways With Its Biggest Hitmaker Photo Dan Schneider, center, a former child actor, produced hit shows including “iCarly,” “Kenan & Kel” and “Henry Danger” for Nickelodeon. Credit Jeff Kravitz/FilmMagic Dan Schneider, the prolific producer who has been Nickelodeon’s most reliable hitmaker for the last two decades, is parting ways with the cable channel.
Mr. Schneider, a former child actor who appeared in the TV series “Head of the Class” and the comedy film “Better Off Dead,” produced hit shows like “iCarly,” “Drake & Josh,” and “Kenan & Kel” for Nickelodeon.
Once described as the “Norman Lear of children’s television” by The New York Times, Mr. Schneider and his production company Schneider’s Bakery are also responsible for the network’s current biggest hit, “Henry Danger.” However, one of Mr. Schneider’s shows, “Game Shakers,” was recently canceled.
“Following many conversations together about next directions and future opportunities, Nickelode..

WASHINGTON — The Trump administration’s steel and aluminum tariffs are provoking a chain reaction around the globe, as governments from Europe to Canada prepare to erect barriers to prevent cheap metal once bound for the United States from entering their markets.
On Tuesday, Prime Minister Justin Trudeau of Canada announced a series of regulatory changes that would make it easier for border officials to block steel and aluminum imports into that nation. The European Union has begun a “safeguard investigation” that could result in tariffs or other trade actions if it determines that steel intended for the American market is being diverted to the bloc.
“These past few days, we’ve looked at strengthening the measures that we already have in place because it’s important that we not be taking in dumped steel from around the world,” Mr. Trudeau told reporters in Ottawa.
Foreign policymakers have ..

Technology stocks helped propel the nine-year bull market. Optimistic investors piled into the shares, hoping to grab a piece of the profits from industries such as social media, autonomous driving, video streaming and artificial intelligence.
Now, that confidence is evaporating.
Investors pummeled technology company stocks again on Tuesday, knocking the Standard & Poor’s 500-stock index down 1.7 percent. The Nasdaq composite, laden with technology stocks, sank 2.9 percent after a flurry of bad news about specific companies metastasized into a broad retreat from technology stocks.
The sell-off was ignited when the chip maker Nvidia said it was suspending tests of its self-driving car technology after an autonomous Uber vehicle struck and killed a pedestrian in Tempe, Ariz., last week. Nvidia has made supplying chips to self-driving vehicles a major part of its growth strategy, and Uber had selected Nv.. 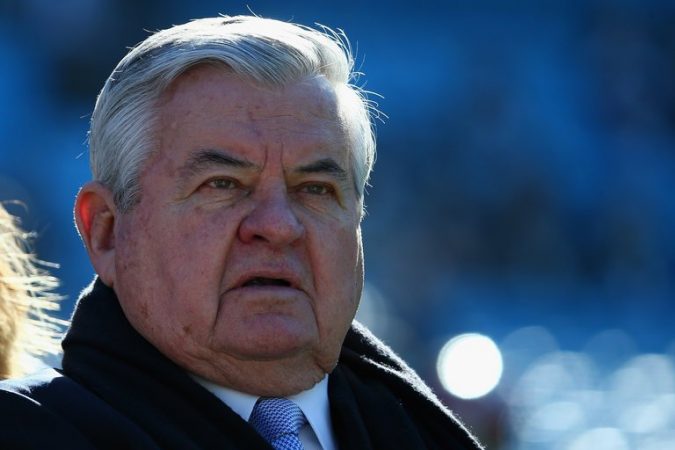 Supported by Sports Carolina Panthers Headed Toward Record Sale Price Photo Panthers owner Jerry Richardson announced in December he would sell the team after complaints of sexual harassment surfaced.
Credit Streeter Lecka/Getty Images ORLANDO, Fla. — Four months after the Carolina Panthers went on the auction block, owner Jerry Richardson is on track to collect a record sale price for the team he founded in 1993.
However, while the Panthers will fetch far more than the Buffalo Bills, which Terry Pegula bought for a then-record $1.4 billion in 2014, previous reports that the team could sell for $3 billion or more now appear overly optimistic. Sports bankers and people involved in the process expect the Panthers to sell for around $2.5 billion.
That would still serve as a sign that N.F.L. teams remain extremely valuable, with leaguewide revenues reaching more than $14 billion. Earlier this year, Fox agreed to pay a record $600 million to broadcast Thursday night games. The day afte.. 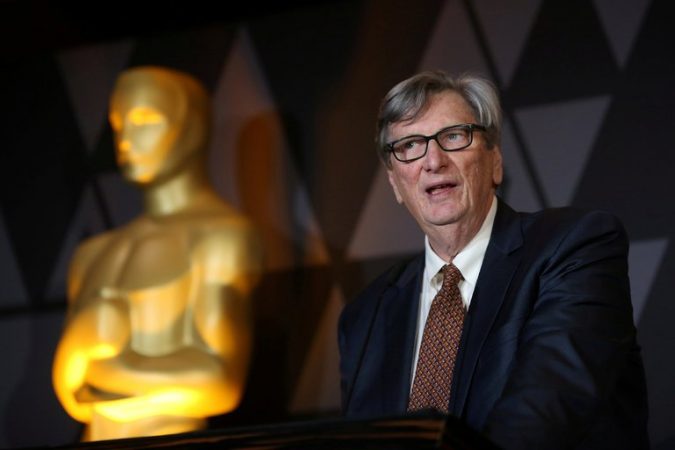 Motion Picture Academy Finds No Merit to Accusations Against Its President

Supported by Media Motion Picture Academy Finds No Merit to Accusations Against Its President Photo John Bailey, the president of the Academy of Motion Picture Arts and Sciences. The inquiry focused on a claim that Mr. Bailey had attempted to touch a woman inappropriately about a decade ago. Credit David McNew/Reuters LOS ANGELES — The Academy of Motion Picture Arts and Sciences concluded on Tuesday that an allegation of sexual harassment against its president had no merit, in the first test of new guidelines that the powerful Hollywood industry group enacted after a wave of accusations of inappropriate behavior rocked the entertainment industry.
In a statement released after its regularly scheduled board meeting, the academy said that an internal investigation into allegations levied against John Bailey, who was elected as president of the group in August, had determined that “no further action was merited.”
Mr. Bailey, a cinematographer with credits ranging from “Ordinary People..