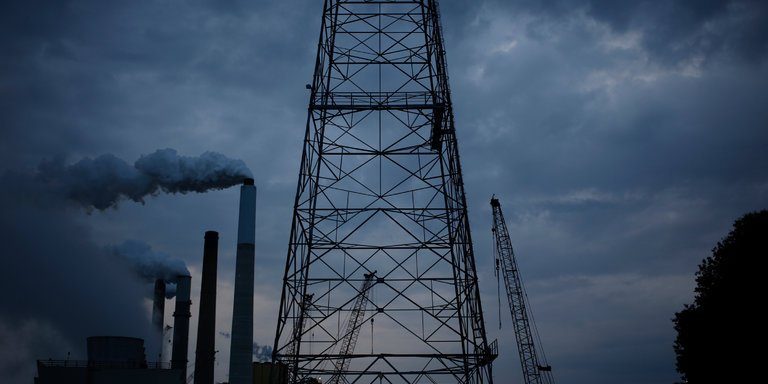 As President Trump ponders whether the United States should stay in or leave the Paris climate agreement, many of his closest allies and advisers have been urging him to keep the country in but “renegotiate” the deal to better reflect his energy policies.

In the short run, that compromise might satisfy leaders in Europe and elsewhere who are lobbying heavily for the United States to remain in the Paris accord, lest other nations also race for the exits. But it is still unclear what new terms the White House might demand as a condition of staying.

Some observers worry that the Trump administration, by remaining in the deal, could undermine it from within, refusing to take any significant steps on climate change and bogging down the global push for more ambitious action.

“I think you can make a strong case that the world would be better off if the United States just left,” said Luke Kemp, a climate expert at Australian National University who made this case recently in an article for Nature Climate Change. “They can do more damage within the talks than by leaving outright.”

One leading proponent of the renegotiation strategy has been Representative Kevin Cramer, a North Dakota Republican and a Trump energy adviser during the campaign.

“It seems to be very important to a lot of other countries for us to stay in Paris,” Mr. Cramer said in a recent interview. “But if they really think we’re the hinge-pin of this deal, then that gives us a lot of leverage to change the terms.”

So what would it mean for the Trump administration to remain in but try to reshape the Paris deal?

The broad outlines of the accord, agreed to by 195 countries in 2015, are no longer up for revision. Every country is required to submit a voluntary pledge to curb its greenhouse-gas emissions over time. Nations will then meet regularly to assess their progress and pressure each other to intensify action in an attempt to keep the overall global temperature from rising more than 2 degrees Celsius above preindustrial levels. They will also haggle over issues like aid to poorer countries or how to compensate nations for “loss and damage” caused by a rise in sea level and other climate impacts.

If Mr. Trump decides to keep the United States in, however, he will have leeway to scale back its commitments, because those pledges are largely nonbinding. President Barack Obama vowed to cut domestic greenhouse gas emissions 26 to 28 percent below 2005 levels by 2025. With the Trump administration repealing domestic regulations like the Clean Power Plan, it is highly unlikely the United States will meet that goal, and the White House can either ignore the pledge or submit a new, less stringent one.

Mr. Obama also pledged $3 billion in aid to help poorer countries scale up clean energy and adapt to global warming under the United Nations-based Green Climate Fund — and $1 billion was paid in before he left office. That promise, too, is most likely dead: Mr. Trump’s recent budget proposal would eliminate any further payments to the fund.

One potential risk is that these rollbacks could sap any momentum for stronger global climate action. “Developing countries were counting on that aid as a condition of participating,” said David G. Victor, professor of international relations at the University of California, San Diego. “The concern is that they’d become less amenable to working together in the future and the whole machinery gets gummed up.”

But Mr. Cramer argues that the United States could play a constructive role in future talks, just on different terms. Rather than emphasizing the importance of pollution restrictions for tackling climate change, the Trump administration might work with China and other nations to promote certain low-carbon technologies, like nuclear power or more efficient coal plants. Or the United States could push to export more natural gas to China to displace its coal. A similar substitution has helped lower emissions in the United States.

“If we’re at the table, we have a much better chance of being able to partner with other countries or export U.S. technologies that could help provide solutions,” Mr. Cramer said. He argued that by staying in the Paris accord, the United States could provide a counterweight to European countries that place a greater emphasis on promoting renewable energy. A number of American coal and oil companies have asked the Trump administration to stick with the Paris deal for just these reasons.

Outside experts say it is at least possible to imagine situations in which the Trump administration works to make headway on emissions within the Paris deal. Paul Bledsoe, a former Clinton White House aide, points out that the Trump administration could, in theory, work more closely with China to develop carbon capture technology for its large number of coal plants, something in which some Trump aides have signaled an interest.

The United States could also try to pressure China to further bolster its national goal on greenhouse gases. China’s current pledge aims for the country to reach peak emissions by 2030, but many analysts now believe it can easily beat that target as demand for new coal wanes.

“There are definitely opportunities for the United States to try to improve international climate efforts,” Mr. Bledsoe said. “The question is whether they actually care.” As reason for skepticism on that score, he pointed out that Mr. Trump’s latest budget proposal would make deep cuts to research funding for nuclear energy and carbon capture. “That’s hard to square with the idea that they’re really serious about a more technology-focused approach.”

Others, like Mr. Kemp, fear that the Trump administration, which frequently plays down the threat of global warming, has no interest in assuming a constructive role in climate talks and could bog down future discussions on things like how to review and strengthen individual national pledges.

By contrast, he argues, other countries could actually be galvanized into taking even stronger action if the United States left altogether.

“I worry that letting the United States just stay in the agreement and do whatever it wants could show how weak Paris is,” Mr. Kemp said. “It sends the message that the agreement is more about symbolism than action.”

A version of this article appears in print on May 27, 2017, on Page A6 of the New York edition with the headline: Some Say U.S. Could ‘Do More Damage’ on Climate by Reshaping Pact From Within. Order Reprints| Today's Paper|Subscribe