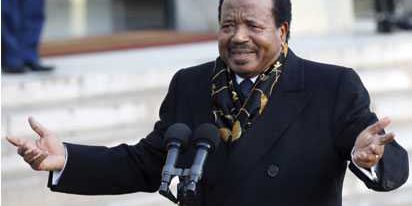 Yaoundé — Cameroon’s President Mr Paul Biya vowed, yesterday, that his government would go after the Islamist group Boko Haram “until it is totally wiped out”.
His Nigerian counterpart, President Goodluck Jonathan, on his part, was confident that the activities of insurgents and other cross-border criminals will soon be drastically curtailed with