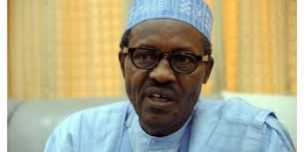 A  chieftain of the All Progressives Congress, APC, Alhaji Muhamadu Buhari  has condemned the Sunday’s attack by the Boko Haram insurgents in Borno  State where over 121 persons were killed.
The former Head of State wondered why the terrorists and criminal  elements could still express themselves despite the presence of the  military in the region.
Gen. Buhari in a statement posted on his facebook page after the Sunday’s attack, said the sect had diabolic ideology.
The three-time presidential candidate said, “We condemn the recent  escalation of senseless violence in Borno State. Our prayers and  sympathies are with the victims and their families.
“There is no justification for this wanton disregard for the sanctity  and dignity of human life. Any ideology that trafficks in terror and  violence is a devilish ideology that has no place in a civilized  society.
“This is the time for our security agencies and those responsible for  the security and well-being of our citizens to intensify vigilance in  order to mitigate future occurrences.
“Because, it is inconceivable that despite heavy militarization,  terrorists and other criminal elements are still able to terrify the  defenceless populations of those areas.
“May God grant us the strength and unity to overcome this.”
By Ameh Comrade Godwin