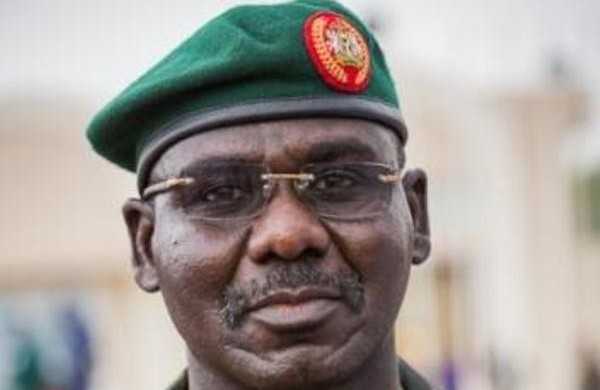 There are strong indications that the embattled Chief of Army Staff, General Tukur Buratai, might be forced to tender a letter of resignation, following his alleged involvement in corruption.

This came as the renowned Human Rights Lawyer, Femi Falana, on Sunday, July 10, urged President Muhammadu Buhari, to sack Buratai, if the Army Chief fails to voluntarily resign, following the revelation that he purchased properties worth $1.5 million in Dubai.

Falana, condemned the explanation by the Nigerian Army that Buratai paid for the properties in installments, through his personal savings.

Buratai, has been accused of buying two houses in Dubai, United Arab Emirates, at a cost of $1.5 million.

Falana, regretted that the name of the Nigerian Army had been “illegally” used to ‎defend Buratai in the unfolding scam.

While Falana condemned the involvement of the Nigerian Army in defending Buratai, he said no one has come out to explain to Nigerians, how an Army General could manage to save $1.5 million.

He added, “In view of the ban on the opening and operation of foreign accounts by public officers, the Code of Conduct Bureau, CCB, should be involved in the investigation.

“If the Chief of Army Staff does not deem it fit to resign, forthwith President Buhari should not hesitate to remove him in the interest of national morality”.

Falana, commended the Buhari administration, for how it has handled cases involving military officers, allegedly involved ‎in the diversion of the sum of $15 billion meant for procurement of arms.

The diversion of the funds, he explained, allowed the Boko Haram insurgents to kill about 25,000 Nigerians, and displace two million others, including children.

He also said, that since the administration had assured Nigerians that there would be no sacred cow in the fight against corruption, Buratai should step down and allow a full scale investigation by the Arms Procurement Panel and the Economic and Financial Crimes Commission, EFCC.