Bulging Debt May Spell Trouble for Energy, Telecom and Retail 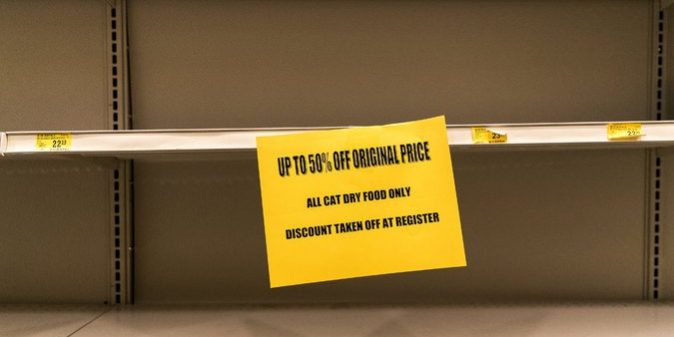 Bulging Debt May Spell Trouble for Energy, Telecom and Retail

While many companies have shrewdly taken advantage of rock-bottom interest rates over the last decade, in industries like retail, energy and telecommunications, bulging debt is a burden that investors may need to worry about.

Many retailers, for example, have been struggling with competition from online giants like Amazon and Walmart. The debt of major companies like Neiman Marcus, PetSmart and Sears is already rated as speculative (also known as high-yeld or junk). And Diane Vazza, head of global fixed-income research at Standard & Poor’s, said many debt-laden retailers have already suffered credit downgrades this year. These include Sears, Payless and Guitar Center Holdings.

Once a company’s debt is downgraded to speculative from investment grade, it may find the footing more slippery. Companies that fall into speculative grade ratings (B- or lower in the S.&P. ratings system) tend to accelerate toward even lower ratings, Ms. Vazza said.

The risk to investors — and the interest the companies must pay for new borrowing — rises, adding to cash flow stress. When the stress is great enough, companies can fail.

Bond managers emphasize that the picture for retailers is not monochromatic. Some have adapted to online competition with effective online shopping options. And some areas of retail seem quite healthy, said Michael G. Wildstein, portfolio manager of the Delaware Corporate Bond fund.

Mr. Wildstein said the retail industry was “bifurcated.” “The department store model is being disrupted by Amazon,” he said, and many department stores are suffering. On the other hand, he said, the home improvement giants are seemingly unaffected: “Home Depot and Lowe’s continue to do well.”

Debt loads aren’t merely a concern for fixed-income investors. Equity investors need to be aware of debt loads at troubled companies because, in a severe case, bankruptcy would wipe out the value of any stock holdings.

For equity investors who are bullish about online retail outlets and skeptical about more traditional stores, the ProShares Long Online/Short Stores exchange-traded fund may be a useful vehicle: It invests in online purveyors while betting against challenged brick and mortar retailers.

Energy is another industry where debt is worrisome. Oil and gas companies carry large loads of lower-rated debt that is due to mature in the next five years, according to S.&P. New fracking technology has helped to expand domestic oil and gas output and loosened the Organization of the Petroleum Exporting Countries’ grip on prices. But as the new supply depresses prices, it also pinches cash flow.

Indeed, 14 of 16 midsize and larger drillers tracked by Gordon Douthat, a director of equity research at Wells Fargo Securities, had higher capital spending costs than cash flow last year: Anadarko Petroleum, Noble Energy and Pioneer Natural Resources are among them.

Carl Kaufman, who manages the Osterweis Strategic Income fund, said of domestic drillers: “Those companies don’t throw off any cash.”

One central problem is the modest level of oil prices which, despite a recent rebound, remain well below highs of over $100 a barrel. Mr. Wildstein said he expects them to remain “around $60” “We don’t believe they’ll go back to the $70s or $80s,” he said.

For investors who are bearish on the price of oil, there is the ProShares UltraShort Bloomberg Crude Oil E.T.F. For equity investors who expect domestic drillers to rebound eventually, there are E.T.F.s like iShares U.S. Oil and Gas Exploration & Production.

Telecom debt also is worth watching. Citing increased price competition, Moody’s has a negative outlook on the entire sector. Bill Wolfe, Moody’s senior vice president, said the industry was rife with “large companies with a lot of debt,” including Frontier Communications, CenturyLink and Sprint.

Verizon Communications also carries a large debt load, but it may be something of a special case. “They’re an extremely large issuer,” Mr. Wildstein said.

One important positive for Verizon, Mr. Wolfe said, is that it has “the premier wireless network.” But the cost of upgrading that network may also be a Verizon vulnerability. The company is moving aggressively to put in place 5G technology, which uses higher frequencies to speed wireless transmission. But 5G is expensive to install, and it faces widespread opposition in many municipalities and from some scientists, who say it entails health risks.

Mr. Wildstein’s fund holds Verizon debt, and he says the company may be overly dependent on its wireless network. It needs to diversify by acquiring a cable provider or media company, he said.

Robert Persons, a manager of the MFS Corporate Bond fund, is also concerned about Verizon’s 5G expenditures. “We are monitoring that closely,” he said. With uncertainty and controversy overhanging the 5G rollout, he wonders: “Will it be worth the capital investment?”

Verizon lists its total debt as $117.1 billion. “We want to strengthen the balance sheet,” Matthew D. Ellis, the company’s chief financial officer, said on a Jan. 23 earnings call. “You should expect us to deleverage from where we are today,” he added.

Outside these industries, debt is high for much of corporate America but probably manageable, several analysts said.

“The leverage is elevated — companies are borrowing more,” said Mr. Wolfe of Moody’s. But since they are borrowing at historically low rates, their repayment abilities have not been measurably affected, he noted.

Among investment-grade companies, the ratio of earnings before interest, tax, depreciation and amortization, or Ebitda, to interest expense has inched up to 9.9 in the 12 months through Sept. 30, 2017, from 9.7 in 2010. Companies with speculative-grade — also known as high-yield — debt have also seen their Ebitda-to-interest expense ratios improve a bit, Moody’s reports.

The broad outlook for corporate bonds isn’t entirely rosy. Interest rates have been rising, and S.&P. estimates that more than $4 trillion in corporate debt will have to be refinanced — presumably at even higher interest rates — by the end of 2022. But S.& P. doesn’t expect this refinancing to cause undue problems.