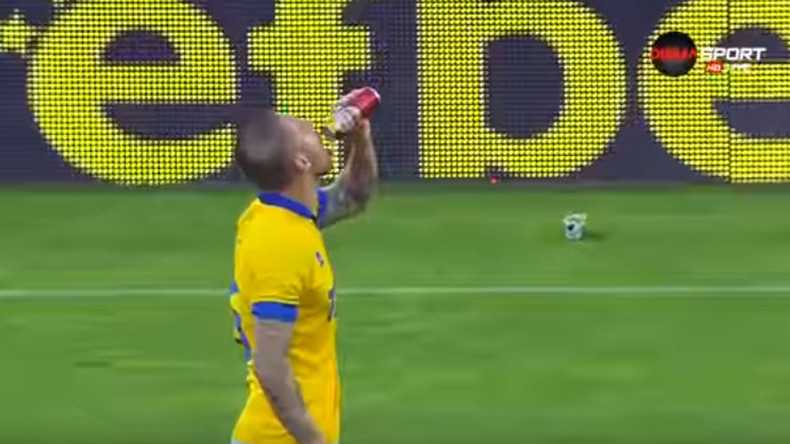 Ivan Bandalovski, a defender for Vereya in the Bulgarian First League, took a swig from a can of beer hurled onto the pitch during his team’s game against Levski Sofia on the weekend.

The impromptu refueling break happened during the 29th minute of the match, which was briefly halted after fans hurled various objects onto the pitch.

The beer boost appeared to do Bandalovski good – he went on to score a 93rd-minute equalizer for his team.

Sadly for the 30-year-old defender, though, the team ultimately lost the game – which was for a spot in the Europa League – going down 9-8 on penalties.