BUHARI: THE MUSLIM PRESIDENT WITH NORTHERN AGENDA; A SOURCE OF CONCERN 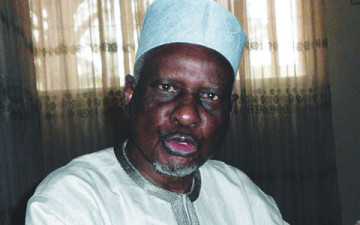 With last week’s appointment of Mr Ibrahim Idris as the Acting Inspector-General of Police, President Muhammadu Buhari further made the headship of virtually all the military-cum-defence agencies and related agencies which wear the uniform a Northern affair.

If it is recalled that the Minister of Interior, Lt. Gen. Abdulrahman Damazzau (retd.), under whose ministry are Prisons Service, Immigration Service, Fire Service and the Nigeria Security and Civil Defence Corps, is also from the North, then the Ministry of the Interior with its agencies is virtually controlled by the North in clear breach of the Federal Character policy enshrined in the constitution.

Furthermore, even though it was not Buhari that did it, yet for the first time in the history of Nigeria, all the three arms of government are headed by Northerners:  Executive, President Muhammadu Buhari;  Legislature, Dr Bukola Saraki; and Judiciary, Justice Mahmud Mohammed.

Currently, the three levels of the law courts are headed by Northerners: The Chief Justice of the Supreme Court is Justice Mahmud Mohammed (North); the President of the Court of Appeal is Justice Zainab Adamu Bulkachuwa (North); while the Chief Judge of the Federal High Court is Justice Ibrahim Auta (North). It should be recalled that in 2015, Buhari appointed Alhaji Abubakar Malami as the Attorney-General of the Federation and Minister of Justice, also from the North.

Furthermore, the Chairman of the Independent National Electoral Commission, which supervises the conduct of national and state elections, is also a Northerner: Prof. Mahmood Yakubu. The unwritten code used to be that the President of the country would appoint someone from a different zone (different language, different religion) as the INEC Chairman to give a sense of balance and increase the believability in the “independence” of INEC. That was why many people raised their voices when Buhari appointed Yakubu, who is from Bauchi State, just one state away from Buhari’s Katsina State, as the INEC boss; for even though Bauchi is grouped under the North-East, it is not seen as being culturally and religiously different from Katsina. It is like a President from the South-East appointing an Igbo from Delta State or Rivers State as INEC Chairman because Delta and Rivers are technically in the South-South, or a President from the South-West appointing a Yoruba from Kwara and Kogi as INEC Chairman on the grounds that Kwara and Kogi are in the North.

The argument of those who support this dangerous precedent is that what matters is getting those who are qualified and who will get the required results. However, that argument is baseless. Statistics show that the North does not come close to the South in education and manpower. Year after year, statistics from the Joint Admissions and Matriculation Board indicate that any pair of Imo State and Delta or Imo State and Ogun or Imo State and Anambra produces more candidates than the 19 states of the North. State-by-state performance statistics in senior secondary school examination from NECO and WASSCE also show that no Northern state usually appears among the top 10 states. Admission into Unity Schools follows the same trend. That is why the least cut-off marks are given to Northern states. However, competent hands can be found in abundance from all zones and states of Nigeria.

Also, if it does not matter where office holders come from,  why didn’t Buhari choose popular politicians like Kwankwaso,  Atiku Abubakar, Nasiru el-Rufai or Aminu Tambuwal, all fellow Northerners, as his running mate? He knew that if he had done that, he would have lost the election, no matter how “qualified, clean and popular” he and his running mate were. These two points testify to the fact that Buhari benefited from zoning and balancing of offices.

Furthermore, our Constitution states that federal appointments must reflect federal character. Buhari has only reflected that in the appointment of ministers. In other appointments, he has disregarded that aspect of our constitution that he swore to uphold.

The danger in this is that in future, a Southern President may decide to do something worse than what Buhari is currently doing. If any part complains, they will be given ample evidence of how it was done in the past by Buhari and many people rationalised it. Also, a diverse country like Nigeria needs the President to take actions and make statements that show that he treats all parts of the country equally. Much of the tension and crisis in the country today can be attributed to the apparent unfairness that Buhari has displayed in his one year in office. A President with an all-inclusive orientation would have won over the majority of those who did not even vote for him within his six months in office. However, Buhari’s actions show that he does not care. He seems to say: “You can say whatever you like or do whatever you like, it will not stop me from carrying on the way I like.”

One of the points those who opposed Buhari’s presidential ambition raised against him was that given his antecedents, he would not be fair to all Nigerians based on ethnicity and religion. By his actions and utterances, he has not proved that view wrong. This does not augur well for the unity, peace and progress of the nation.

Even some Northern groups and personalities like Alhaji Balarabe Musa, a former Kaduna State governor; Alhaji Tanko Yakassai, Chairman of the Northern Elders Forum; and Dr Junaid Mohammed, Convener of the Coalition of Northern Politicians, academics, professionals and businessmen, who see the bigger picture and the inherent danger in this trend, have raised their voices against this trend by Buhari.

As the President of Nigeria, Buhari is like the father of the nation. A father who loves his home and wants the peace and progress of that home avoids actions and utterances that will show he favours some children and create a gulf among his children.