BUHARI: THE 21ST CENTURY EMPEROR, THE PROBLEM OF NIGERIA… 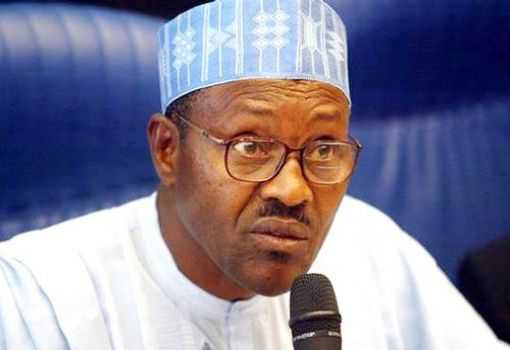 Emperor Nero’s emergence as Roman Emperor in AD 54 was greeted with wild jubilation and expectation especially among the plebeians, aristocrats, and subalterns. Interestingly, he came on the scene at a point the Roman Empire was burdened by gross internal decay and corruption. Regrettably, rather than address the obvious challenges confronting the Roman Empire, Nero pandered to the absurd by trying to hunt down and silence every perceived opposition against his administration.

His childhood was moulded by freed slaves- a barber and dancer before Seneca was recalled from exile to be his tutor. Despite the over-bearing attitude of Agrippina, his mother, Nero grew up a complex character- one who showed little interest in understanding his surrounding; though he tended to pitch his lot with the masses. His tragic family situation, his unmistakenly overpowering mother, coupled with what was perhaps a weak character eventually produced a highly unstable Nero. He was an addict to jesting and tended to secrecy. In the course of time, his character showed darker sides and unleashed the beast in Nero. His dark sides would manifest in his many crimes like committing thousands of murders including his mother, and abuse of people’s fundamental human rights and practice of sodomy. 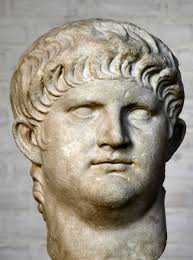 Before his emergence, Nero was noted for his limited understanding of social forces that produced his emperorship and this lack of knowledge, in turn, produced a veritable outcome-gross suspicion of the senators and even the praetors. His lame approach to the problems of the empire would re-instigate the several agitations by various segments of the in places like Venice, and Florence.

Patriotic Roman senators and nobles voiced their concern and wondered why Nero should be fiddling while Rome was on fire. Petronius, whom Nero had earlier regarded as his “arbiter of elegance,” would eventually call Nero “the incendiary of Roman Empire.” Blinded by a rage to eliminate his real and perceived enemies, Nero would go down in history as the monster and evil emperor who fed his people to lions in the Roman Coliseum. Though Nero was condemned by God and by Man, History is generous with instances of the re-incarnation of many Neros in several climes and circumstances.

I do not intend to waste my time reflecting on Buhari’s many failures in the past twelve months of his presidency. Failure is part of Buhari’s track record. That he has failed is not surprising to me. If the reverse had been the case, then I would be surprised. However, what is rather nauseating is Buhari’s brazen audacity to entrench democratic dictatorship in Nigeria; and even the warped and mundane rationalization of such criminality by apologists of the Buhari presidency.

The current attempt by the Muhammadu Buhari administration to force a leadership change in the Senate on spurious charges of forgery is the same stereotype approach which Nero applied to cripple the Roman Senate and which paved the way for the consolidation of Nero’s authoritarian rule in the empire. Apparently, Buhari and his advisers may not have heard of the principles of separation of power.

For the avoidance of doubt, the term “separation of powers” was coined by Charles-Louis de Secondat and Baron de Montesquieu. Under this model, the political authority of the state is divided into legislative, executive and judicial powers. Their contention is that to promote liberty most effectively, these three powers must be separate and acting independently. Separation of powers, therefore, refers to the division of government responsibilities into distinct branches to limit any one branch from exercising the core functions of another. The intent is to prevent the concentration of power and provide for checks and balances. In other words, if political power is to be limited and responsible, the legislature and judiciary must be independent of the executive. In a democracy, the exercise of political power must respect the law, the constitution, and the will of the people, through the decisions of their elected legislative representatives.

The inability of the Buhari administration to appreciate the relevance of this principle in a democracy underscores the government’s unwillingness to appreciate the independence of the legislature. The brazen attempt by the executive to frame the leadership of the Senate and force a change in its leadership portends great danger to our democracy. The election of officers of the National Assembly is entirely the internal affair of the house and the executive is forbidden by the principles of separation of power to prod into such internal process.

The incarnation of Nigeria’s democratic dictatorship can also be gleaned from the recklessness of the EFCC. It is indeed a measure of Buhari’s lethargy and infantile understanding of constitutional processes, that he could unleash the machinery of the state in freezing the account of a sitting governor, despite the immunity clause. I am appalled by the rationalization of this recklessness by some APC lawyers. Truth is that this is unconstitutional and forebodes great danger for political stability in the country.

It is also a measure of Buhari’s lack of understanding of socio-political forces that he could trivialize the burning issues of separatist agitations in Nigeria to the extent that today one can confidently conclude that Nigeria is in a state of war against itself. This lack of understanding explains this administration’s penchant for telling bare-faced lies. Lying was one Nero’s favourite past times. This present administration has surpassed past Nigerian governments only in lying.

Just yesterday (23/6/2016) Buhari lied again. According to him, his grouse with Biafran agitators is that these agitators were not born during the Nigeria-Biafra civil war. This is a lie and arrant nonsense. The truth is that Buhari’s grouse with Biafran agitators is that the agitators constitute a cog in his Islamization agenda of Nigeria. His argument that the agitators were not born then and did not witness the events of that period is tepid, lame and untenable. If they were not born then, what about their parents and grandparents, who must have told them what happened during that period? What about the many books and literatures written about Nigeria/Biafra civil war like- No place to hide by Ben Odogwu, Requiem Biafra by Joe Achuzia, The Nigeria Revolution and the Biafra War by A. Madiebo, There was a Country by Chinua Achebe, Girls at War by Chinua Achebe, The Making of a Nation by Dr. Arthur Nwankwo & Sam Ifejika, etc?

If they were not born, have the problems that spurned Biafra been resolved? They have grown up to be confronted with the same problems, and using their social binoculars they have come to the same conclusion as their fathers and grandfathers that are opting out of Nigeria is their best bet. If they were not born then, does that mean the government should not listen to their grievances and dialogue with them? If they were not born then, does that give the Buhari government the latitude to murder, in cold blood, thousands of unarmed and innocent Biafran protesters and dump their bodies in the river? Does that also empower Buhari’s dogs of war to invade churches where these innocent protesters were conducting a church service and slaughter them and dump their corpses on the streets? I recall that in 2013 when the government of former President Jonathan mounted an onslaught against Boko Haram and killed some of them, Buhari was one person who accused the government of committing genocide against the north. I wonder what Buhari government is doing now. Boko Haram members are armed with dangerous weapons; Biafran protesters are unarmed. Let the world be the judge on who is committing genocide against whom.

The truth is that Buhari and his journey men see Nigeria as their estate, which should be managed as they deem fit. For me, this type of mindset is the perfect recipe for the death of the country. Moreover, this reminds me of the old Igbo metaphor of the frog and tortoise. The frog was warned by the tortoise to leave the forest because of an impending inferno. The frog laughed at the tortoise. Realizing the looming danger, tortoise left quite early, but the frog was caught in the inferno. I really do not understand why Buhari is should be fiddling when Nigeria is on fire. If his government does not know, perhaps it needs to be reminded that Boko Haram, IPoB, NDA, Red Avengers, OPC, Egbesu Boys, etc. are all tender to the impending Nigerian implosion and inferno. For me, Buhari is the man who was busy pursuing rats while his house was on fire. It is quite shameful that till now Buhari does not know what to do in government. The danger facing this country is real and as far as I am concerned Buhari does not have answers to our challenges.