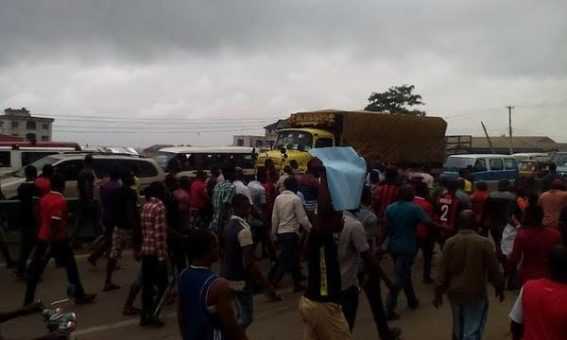 Hundreds of millions of pounds of British foreign aid given to Nigeria to help combat Boko Haram terrorists is instead allegedly being used to fund a witch-hunt against opposition politicians, UK Telegraph reports.

In a publication on Tuesday, Con Coughlin, UK Telegraph defence editor, said Britain committed to spending £860 million on foreign aid to Nigeria, to help support the country’s efforts to crush Boko Haram terror group, which has been responsible for a spate of outrages, including the kidnapping of hundreds of Nigerian schoolgirls.

“But Western officials are now raising concerns that the government of the country’s recently elected leader, President Muhammadu Buhari, is misusing the funds to persecute political opponents.

“Since Mr. Buhari came to power last July, some prominent members of the former ruling People’s Democratic Party (PDP) have been arrested and imprisoned without charge. Among those detained was the party’s official spokesperson.

“Most of the arrests have been sanctioned by the government-controlled Economic and Financial Crime Commission, which was set up to tackle corruption and receives funding from the Department for International Development.

“But while Mr. Buhari’s government continues to use British aid money to target his political opponents, it is proving less effective at tackling the Islamist-run Boko Haram terrorist group.

“Much of the support Britain provides to Nigeria is aimed at helping the country’s security forces to become more efficient at tackling Boko Haram, which boasts of its links with Islamic State (ISIL) and achieved international notoriety two years ago after kidnapping 276 schoolgirls in northern Nigeria two years ago,” it read.

Coughlin noted that though scores of British military personnel – including members of the Special Forces – were based in Nigeria helping to train the army to tackle Boko Haram, there was growing concern among Western officials that the Nigerian military was failing to take effective action against the terrorists.

He said this had resulted in Boko Haram now being regarded as the world’s deadliest terrorist organisation, responsible for more deaths than ISIL, even as reports say that the sect is trying to train kidnapped children to act as suicide bombers.

“This is a scandal in the making,” he quoted a senior U.S. official.

“There is no doubt the growing strength of Boko Haram is because President Buhari is far more interested in settling scores with his political opponents that concentrating his energy on defeating terrorists.

“The result is that Nigeria is starting to look more and more like a police state while Boko Haram just goes from strength to strength.”

Continuing, the publication revealed that Western officials have expressed concern about Buhari’s increasingly autocratic style of government since he came to power last year.

“Now political opponents claim he is returning to his old dictatorial ways, abusing British aid meant to improve Nigeria’s ability to tackle Boko Haram to consolidate his hold on power.

“Mr. Buhari’s claim that he is winning the war against Boko Haram – (recently claimed the group no longer poses a serious threat) – has been undermined by recent revelations that the Nigerian authorities have tried to cover up the fact that Boko Haram has abducted hundreds of more schoolchildren.

“Human rights activists have confirmed that around 400 women and children were abducted last year by militants from the Nigerian town of Damasak.

“It is now believed that some of these children may have been trained as suicide bombers. U.S. counter-terrorism experts say at least 105 women and girls trained by Boko Haram have taken part in suicide attacks since June 2014,” the UK Telegraph publication added.