Nigeria’s economy is at a total halt! No profitable economic activity going on anywhere. 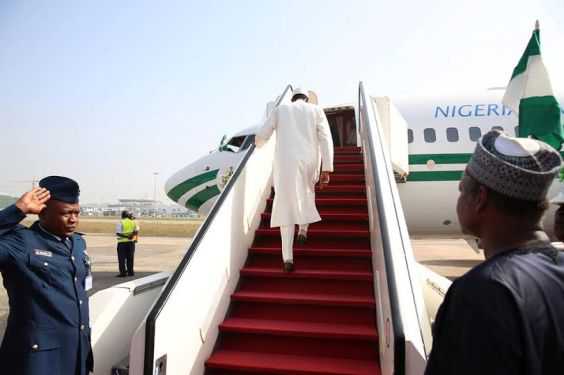 President Buhari now lives and works on air despite promises of being prudent with the dwindling Crude oil Resources of Nigeria. Most are Aware of the fact that, in the run-up to the 2015 presidential election, leaders and APC members were very expressive in condemning the president of the country, President Goodluck Jonathan, for each step he took

However, the Nigerian Bureau of Statistics (NBS) GDP report released on Tuesday shows that the GDP growth rate sunk to its lowest since the beginning of the fourth republic – lower than World Bank projections for 2015. According to the report, issued by Yemi Kale (pictured), statistician-general of the federation, the fourth quarter GDP grew by 2.11 percent, lower than every other quarter in the 2015 – and it is the lowest from 2013 to 2015 as shown in graph below: 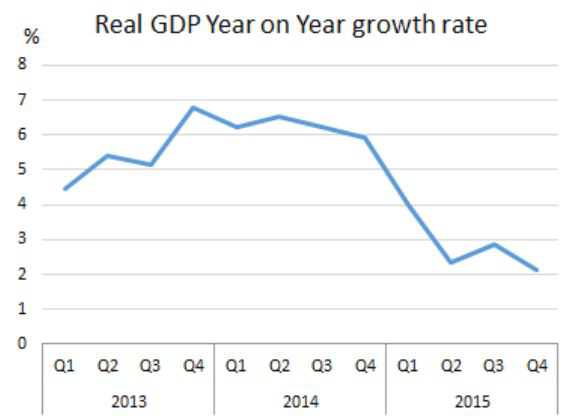 “In the fourth quarter of 2015, the nation’s Gross Domestic Product (GDP) grew by 2.11% (year-on-year) in real terms,” the report read. “This was lower by 0.73% points from growth recorded in the preceding quarter and also lower by 3.83% points from growth recorded in the corresponding quarter of 2014. “Quarter on quarter, real GDP increased by 3.10% during the quarter, aggregate GDP stood at N25,930,469.41 million (in nominal terms) at basic prices. Compared to the Fourth Quarter 2014 value of N24,205,863.34 million, nominal GDP was 7.12% higher. “Nominal GDP growth was also higher relative to growth recorded in Q3 of 2015 by 1.11% points.” On the bright side, however, the non-oil sector contributed more to the nation’s GDP than the oil sector, which contributed only 8.06 percent. “As a share of the economy, the Oil sector contributed 8.06% of total real GDP, down from figures recorded in the corresponding period of 2014 and in Q3 of 2015 by 0.91% points and 2.21% points respectively. “Growth in the non-oil sector was largely driven by the activities of trade, crop production, and information and communication, other services and real estate. “The non-oil sector grew by 3.14% in real terms in Q4 of 2015.