BUHARI IS NOT FIT TO LEAD, PSYCHOLOGICALLY AND INTELLECTUALLY 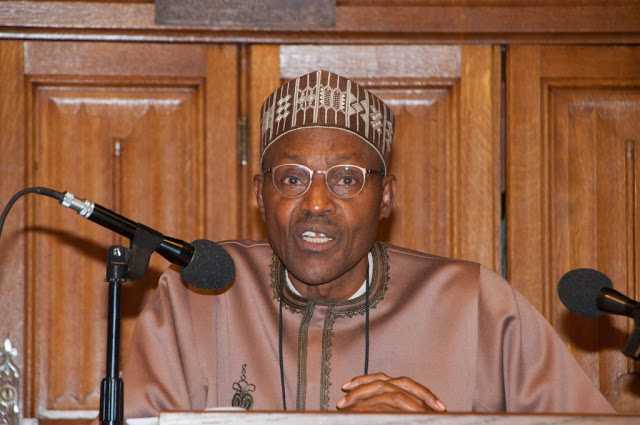 BUHARI IS NOT FIT TO LEAD, PSYCHOLOGICALLY AND INTELLECTUALLY I have being monitoring Buhari’s mindset on issues concerning problems and solutions to put the problems under control. A leader is required to prevent misunderstanding or discrimination among the masses he claims to be governing, to make them feel safe and have sense of belonging for the betterment of everybody.
Buhari’s mindset is inclined towards the use of force as the only solution rather than a peaceful solution to issues, As a dictator with tyranny in his blood, he keeps on killing unarmed protesting members of Biafrans, Shiites and others, while Fulani herdsmen and Boko Haram who are his brothers, possess all sorts of sophisticated weapons with which they have being killing and displacing thousands of people in their home lands.
Instead of using force on these his armed brothers, he has soft spot for them. During the Goodluck Jonathan led government, Buhari went on air to tell the federal government to stop the clampdown of Boko Haram insurgent. He accused the government of killing and destroying houses belonging to Boko Haram terrorist while the Niger Delta militants get special treatment. He made this statement through Liberty Radio programme, “Guest of the week”. Recently during Aljazeera interview, he said that “After more than 2 million Nigerians were killed, one just wake up and start agitating for Biafra, I think they are playing with the securities and I cannot tolerate Biafra”. Also in an interview on BBC-Hausa, he said “The Igbos hate me for what happened during the Biafran war. I don’t have any regret, and as such do not owe any apology to them. In fact, if there is a repeat of the civil war, I will kill more Igbos to save the country”. My questions for Buhari are: 1. You have being killing Biafrans since, so why can’t you let them go? 2. How can Biafrans be in a country where their blood is being shed on daily basis? Imaging a leader saying his children study overseas because he can afford it. When you have such mental mindset as so called leader, what makes you think the people you govern will enjoy your leadership? It is like beating a child and telling him not to cry. It means you are not qualified to be a leader both psychologically and intellectually. Whenever Biafra is dismembered from the zoo called Nigeria, that name (Nigeria) will become worthless in the face earth. Nigeria is the only country where the so called leader labels his people as corrupt criminals whenever he is on foreign trips.
He keeps making mockery of the country he is supposed to love for appointing him to lead them. If a leader is being so paranoid and hypocritical with his people, the next option for the people to take, like our leader Nnamdi Kanu used to say “It is better dying on what you believe than dying for nothing”. IPOB worldwide stand shoulder to shoulder with Mazi Nnamdi Kanu. Biafra is the last hope for South East and South South. That is why Biafra restoration and agitation will not stop till the goal is achieved. Biafrans have been killed in their millions by Buhari, Gowon and others using the state instruments of terror.
Buhari has come again to continue the killing but this time around, he is using both the orthodox and the unorthodox instruments of terror – combined security teams, Fulani herdsmen/militia and Boko Haram. Video clips abound where he sprayed unknown chemicals that left many of us dead and where he buried our kith and kin in mass graves.

This is why Biafrans are calling on all the world leaders, international communities, United Nation, African Union, ECOWAS and others to come to their rescue. Biafra is a spirit, no amount of intimidation can stop Biafra restoration, It is the promised land. All hail Biafra!
Nwaiwu Chukwuebuka for IPOB writers Edited by Oghenevwe Onoriode for Umuchukwu writers