BUHARI AND HIS RESOLVE TO WIPE OUT BIAFRANS 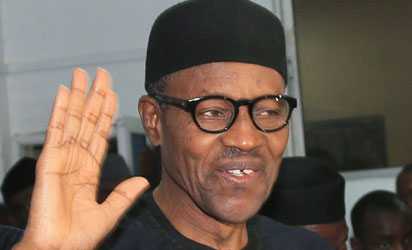 Anxiety they say brings failure, this is one of the popular and unforgettable quotes of all time and looking closely at its meaning, it’s undoubtedly a reality. President Muhammadu Buhari has proven his anxiousness and his determination to wipe out not only Nnamdi Kanu, but the entire Biafrans in general. It has come to our notice from a reliable source that Mr Buhari and his accomplices have embarked on a gruesome mission to assassinate youths from Biafra land.It will be recalled that on the 9th of February 2016, at National high school in Aba, the unforgettable event took place where the Nigerian Police force in conjunction with the Army committed great atrocities and crimes against humanity, by slaughtering unarmed civilians who were praying for a favourable outcome on the case of Kanu. It’s now very clear what Mr Buhari’s intentions are and we are crying for the world to hear the plight of Biafrans.Buhari should not forget in a hurry, the case of Saddam Hussein, who also committed genocide against his people in 1986 but was later convicted and sentenced to death by hanging in 2006. The incumbent Nigerian president should not think that Immunity lasts forever and should also be reminded that the evil that men do, live with them. The indigenous people of Biafra have reaffirmed their faith and hope in the supremacy of the Most High. That’s why we are resolute and formidable. The advisers to the Nigerian President should call him to order and should advise him adequately. It behooves upon the dictator of the Islamic Republic Of Nigeria, Muhammadu Buhari to do the right, by releasing the leader of the Indigenous People of Biafra and putting an end to the incessant killing of Biafrans.The killings in Nigeria has become too numerous to mention, the killing of Shiites by the Nigerian military, the killing of farmers in Agatu, Benue state by Fulani herdsmen, the killing of pro-Biafran agitators in Aba, Abia state by the Nigerian military have all been encouraged by the Nigerian President, for which he should resign and face the full wrath of the law.

Also, the Nigerian government should be aware, that if the only option they’re giving to these agitators is violence, then there’s no other choice for them but to welcome violence. However, it is very obvious that despite illegally incarcerating the Biafran leader for over six months now in addition to the senseless killings, Biafrans have continued to tread the path of peace which goes to show the resolve of Biafrans to either raise the Biafran flag or be lowered into the grave. The international community should immediately call Buhari to order concerning the senseless slaughter of Biafrans, because if Biafrans are pushed to be violent, a great catastrophe will overwhelm the land. Knowing how hard-hearted Buhari is, he would be tempted to do the wrong thing; but we Biafrans will not hesitate to take our destiny which ofcourse is in our hands. Our destiny is Biafra, and that we must restore.
By Jephta OnyedikachiEdited By KeneChukwu HalleluYah OkekentaPublished By Nwosu C.SBY BIAFRA WRITERS