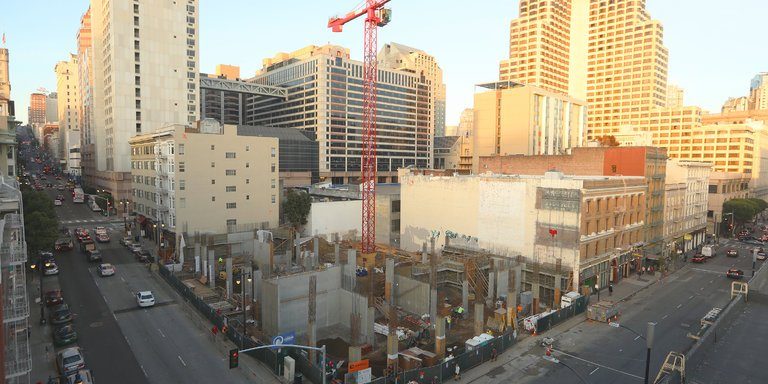 The program, called the low-income housing tax credit, enables corporations to lower their taxes by helping to finance low-cost housing. Lower corporate tax rates made the credit less useful, alarming developers and agencies that provide housing for the poor in rural America and large cities.

Senator Maria Cantwell, Democrat of Washington, negotiated a provision in the spending bill to increase the number of affordable-housing credits for the first time in a decade. Developers said the move was a needed plug in a system that is struggling with financial leaks.

In a news release, Ms. Cantwell called the provision a “down payment” that “will help us deal with the tremendous deficit we have in affordable housing.”

Still, according to industry analysts, the measure won’t come close to closing the gap created by the tax cut at a time when close to half of renters struggle to pay their rent and homelessness is rising in cities around the country.

The low-income housing tax credit was created in 1986 as part of Congress’s last sweeping tax overhaul and has grown into a $9 billion-a-year program. It funds virtually all of the nation’s subsidized rental housing and created a sprawling industry of affordable-housing developers that now makes up a vital piece of the safety net — especially in high-cost cities like New York, San Francisco and Seattle.

The program has been increasingly important in the aftermath of the Great Recession. As home building declined sharply and millennials entered the work force, the number of renters surged by about one million a year — the largest increase since the baby-boom generation came of age in the 1970s, according to the Joint Center for Housing Studies at Harvard University.

Rents have risen steadily since 2010, pushing the housing cost burden to punishing levels. In 2017, about half of renters paid more than 30 percent of their income on housing, and a quarter paid more than half.

The program works like this: The federal government allocates tax credits that are eventually awarded to affordable-housing developers. The credits are then transferred to corporations — usually banks — in exchange for investments in rental buildings for tenants who do not make more than 60 percent of the area’s median income. The corporations then use the credits as a coupon against future taxes.

The tax bill that was passed last year amounted to a big cut in the program, because with corporations now paying lower tax rates, the credits aren’t as valuable as they once were. Even though the law has been in place only for a few months, it has already forced developers and municipal affordable-housing agencies to scramble to make up millions in funding shortfalls that emerged as the value of the credits fell.

According to an analysis by Novogradac & Company, a national accounting firm based in San Francisco, the tax law will reduce the growth of subsidized affordable housing by 235,000 units over the next decade, compounding an existing shortage.

Ms. Cantwell’s provision would increase the number of tax credits available, but only for four years. It would also change the income cutoff for affordable projects, making it easier for developers to secure financing.

Still, even if the increase in tax credits was made permanent, only about 30 percent of the decline in affordable housing due to last year’s tax cuts would be restored, according to Novogradac’s analysis.

“It’s going to help us reclaim some of the units lost by tax reform,” said Michael Novogradac, the firm’s managing partner. “However, there’s still a large shortage of units that aren’t going to get produced or preserved, so additional action is going to be needed to get back to the production levels before tax reform.”