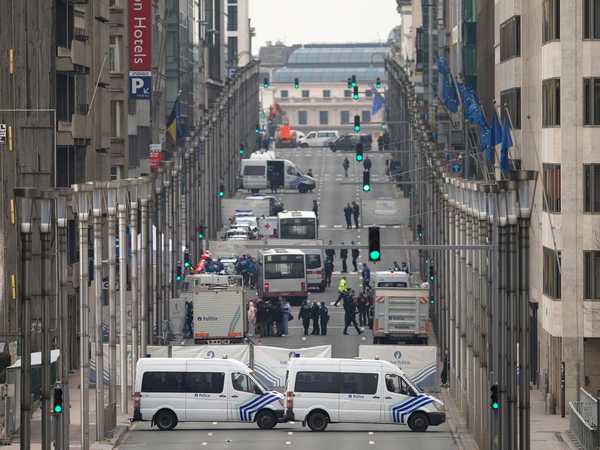 Isis has claimed responsibility for a series of bombings that killed at least 30 people in Brussels. In a statement released through one of its propaganda outlets, the terrorist group claimed “explosive belts and devices” were used. “Islamic State fighters opened fire inside Zaventem Airport, before several of them detonated their explosive belts, as a martyrdom bomber detonated his explosive belt in the Maalbeek metro station,” a spokesperson said. “The attacks resulted in more than 230 dead and wounded.”

Three injured missionaries, whose families have been notified are:

The Church added: “Three Mormon missionaries serving in the Paris, France mission were seriously injured in Tuesday’s explosion at the Brussels airport, The Church of Jesus Christ of Latter-day Saints reported this morning.

The three had been accompanying a fourth missionary who was on her way to a mission assignment in Ohio, and who had already passed through airport security.

While detailed, accurate information is difficult to obtain because of limited communications in Brussels, mission President Frederic J. Babin has reported that three of the missionaries were in the proximity of the explosion when it occurred and have been hospitalized.”

Brussels Airport has issued a statement: “On behalf of the entire airport community, I would like to extend our warmest condolences to the family and friends of the victims of these cowardly and heinous acts.

I would like to extend a heartfelt thank you to the emergency and rescue services, passengers and staff for their compassion, solidarity and help. This is without doubt the blackest day in the history of Brussels Airport”, says Brussels Airport CEO Arnaud Feist.
6 hours ago
Associated Press is reporting that at least one of the bombs at the Brussels airport contained nails.

Flemish language broadcaster VTM interviewed Marc Decramer of the Gasthuisberg hospital in Leuven, who says the hospital is treating 11 people with serious injuries, three of them in critical condition.

Decramer says the wounded have fractures and deep cuts caused by flying glass and nails.

President Barack Obama has sent a message of support to the people of Brussels, saying: “We can and we will defeat those who threaten the safety and security of people all around the world.”

Reuters are reporting that Brussels residents have turned to Twitter to offer people stranded in the Belgian capital rooms and transport after twin attacks on the airport and a rush-hour metro train killed at least 34 people on Tuesday.

A new Twitter account called “Brussels Lift” was created to offer practical help by connecting “people who need to travel with drivers who have empty seats”.

People were using the hashtag #BrusselsLift to ask for rides and offer car spaces.