British PM fights for survival ahead of Brexit talks 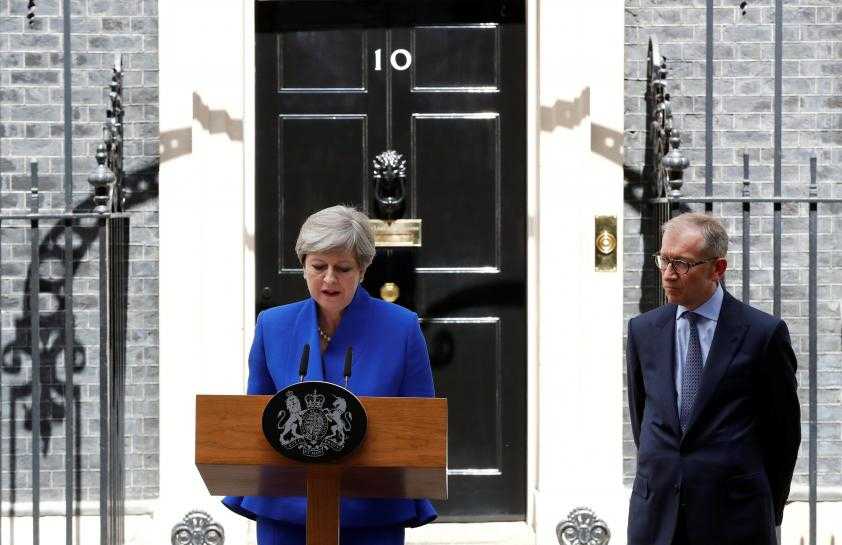 LONDON British Prime Minister Theresa May faces a slew of criticism after a failed election campaign left her short of a parliamentary majority and fighting for survival as the clock ticks down to the start of Brexit talks.

May’s gamble that she could capitalize on Britons’ desire to quit the European Union and perceived weakness in the opposition Labour Party backfired on Thursday as voters stripped her of her parliamentary majority.

The surprising outcome, which sent the pound tumbling, forced May to form a minority government, leaving her reliant on a small group of Northern Irish parliamentarians, just nine days before Britain is due to begin negotiating a deal to leave the EU.

Britain’s typically right-wing press savaged May over the election outcome, questioning whether she will be able to remain in power after a result that leaves her reliant on uniting rival factions within her party to deliver Brexit.

“May stares into the abyss,” said The Times’ Saturday edition while the Daily Mail led with “Tories Turn On Theresa”. The Telegraph said senior Conservatives including Foreign Secretary Boris Johnson, interior minister Amber Rudd and Brexit minister David Davis were taking soundings over whether to replace her.

“As I reflect on the results I will reflect on what we need to do in the future to take the party forward,” May said on Friday in a televised statement.

Britain’s best-selling Sun newspaper said senior members of her party had vowed to get rid of May, but would wait at least six months because they were worried that a leadership contest now could propel Labour leader Jeremy Corbyn into power.

“Theresa May is certainly the strongest leader that we have at the moment,” David Jones, a junior Brexit minister, told the BBC. He said it was impossible to predict whether she would still be prime minister at the end of the year.

Several lawmakers demanded the resignation of May’s top advisers, who have been widely blamed for a disastrous policy to make the elderly pay more toward their care and a campaign seen as too insulated from ordinary voters and too focused on attacking her opponent.

After confirming on Friday that her top five ministers would keep their jobs, including finance minister Philip Hammond, May is expected to continue to appoint the government that will take on one of the most demanding negotiations in British history.

May said Brexit talks would begin on June 19 as scheduled, the same day as the formal reopening of parliament. But the election result meant it was unclear whether her plan to take Britain out of the bloc’s single market and customs union could still be pursued.

British politicians, including within May’s own party, differ widely on what they want from the Brexit negotiating process.

If she is to succeed in delivering the end of Britain’s EU membership which 52 percent of the British public demanded last year, she must find a way to recapture the full support of her party because she will need their votes to pass legislation preparing for and ultimately enacting the departure.

May will also need the support of the socially conservative, pro-Brexit Democratic Unionist Party (DUP) which won 10 seats in Northern Ireland.

The two parties are broadly politically aligned, but it remains to be seen what price the DUP will seek to extract for its support. Several Conservative lawmakers, including Scottish Conservative leader Ruth Davidson, raised concerns over the DUP’s opposition to same-sex marriage.

It was not immediately clear what the DUP’s demands might be and one DUP lawmaker suggested support might come vote by vote.

Any such arrangement would be fraught with political risk for May, fuelling uncertainty among businesses over what the final terms of Britain’s departure from the EU would look like, and how it will affect future trade with the bloc.