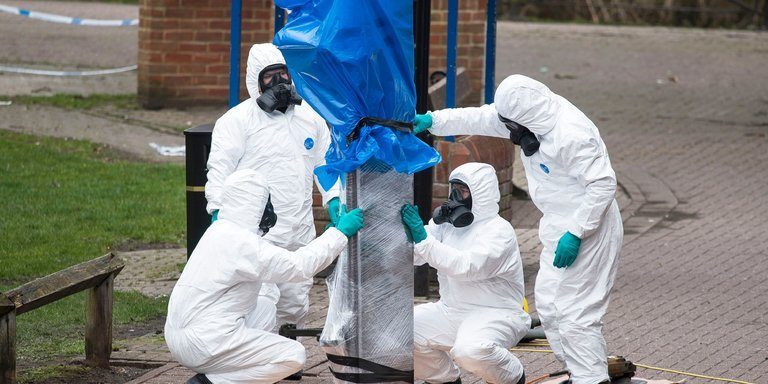 Britain’s military laboratory has not established whether the nerve agent that poisoned a Russian former double agent and his daughter came from Russia, the laboratory’s chief executive said on Tuesday.

“We have not verified the precise source,” the executive, Gary Aitkenhead, told Sky News. Mr. Aitkenhead said his laboratory, the Defense Science and Technology Laboratory, had confirmed that the poison was Novichok, or from its family of nerve agents, and that it was of military grade.

“We provided the scientific information to the government, who have then used a number of other sources to piece together the conclusions they have come to,” Mr. Aitkenhead said. He said it was “not our job to say where it actually was manufactured.”

The British authorities have blamed Russia for the March 4 poisoning, with Foreign Minister Boris Johnson suggesting it was “overwhelmingly likely” that President Vladimir V. Putin had ordered the attack. Last week, investigators said the nerve agent had been smeared on the front door of the home of the former spy, Sergei V. Skripal, in Salisbury, England.

The Russian government has denied involvement in the attack and has accused British officials of conducting a biased and shoddy investigation. Mr. Aitkenhead’s remarks gave the Russians an opening to press those claims again on Tuesday: A spokesman for Mr. Putin told reporters that Britain should apologize to Russia for its “mad accusations.”

In a statement, the government of Prime Minister Theresa May said the laboratory’s work was “only one part of the intelligence picture.” The overall picture, the statement said, also included the British assessment that Russia had investigated ways of delivering nerve agents and that it had stockpiled small quantities of Novichok.

In response to the poisoning, the United States and more than 20 other nations expelled dozens of Russian diplomats and intelligence officers, prompting the Russians to retaliate in kind, expelling American and other Western envoys.

Mr. Skripal remains in critical condition, but his daughter, Yulia, regained consciousness last week. Mr. Skripal settled in Britain after being freed in 2010 in an exchange of imprisoned spies with the United States. His daughter was visiting him from Russia when the attack occurred.