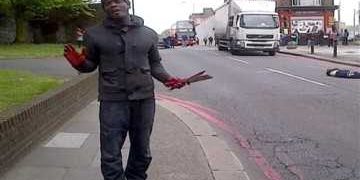 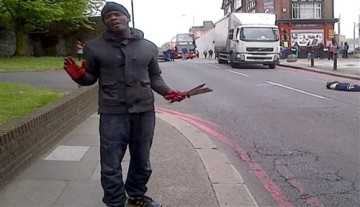 Britain is investigating a possible Nigerian link to attackers suspected of hacking a soldier to death in London while shouting Islamic slogans, two sources with knowledge of the investigation told Reuters on condition of anonymity.

Two suspects have been taken into custody after the attack, which the British government said appeared to be an act of terrorism. Police have not identified the suspects.The sources, speaking independently, said a Nigerian link was being investigated but gave no further details about the nature of the link.

Police spokesmen declined to comment.A British soldier was hacked to death by two men shouting Islamic slogans in a south London street on Wednesday, in what the government said appeared to be a terrorist attack.

A dramatic clip filmed by an onlooker just minutes after the killing showed a man with hands covered in blood, brandishing a bloodied meat cleaver and a knife.“We swear by almighty Allah we will never stop fighting you. The only reason we have done this is because Muslims are dying every day,” the black man in his 20s or 30s, wearing a wool jacket and jeans and speaking with a local accent, shouted in the footage obtained by Britain’s ITV news channel.

“This British soldier is an eye for an eye, a tooth for a tooth.”The attack was the first apparent Islamist killing in London since suicide bombers struck transport in July 2005. The capital was shocked by the bizarre scene of a killer covered in gore, declaring his motive to onlookers.

Police shot the two suspects while trying to arrest them, and the wounded men were taken into custody. No information was immediately released about the identity of the suspects, but two sources familiar with the investigation told Reuters authorities were investigating a possible link to Nigeria.

“I apologise that women had to witness that, but in our lands our women have to see the same thing. You people will never be safe. Remove your government. They don’t care about you,” the videotaped man said before crossing the street and speaking casually to the other attacker.