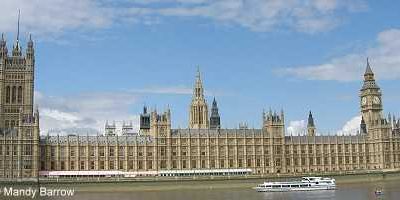 The British government has promised to support Nigeria’s move to secure a permanent seat at the United Nations (UN), especially for being a stabilising force in Africa.
The British government reiterated its commitment to building and strengthening its relationship with Nigeria.
The British High Commissioner in Nigeria, Mr. Andrea Pocock, who gave the hint yesterday during a visit to Niger State Governor Babangida Aliyu at the Government House in Minna,

the state capital, said that Nigeria is fast becoming a regional and an international power through her many efforts in peace keeping within Africa and across the globe.
The envoy said: “We want to build more partnership with Nigeria and it matter to Britain that as Nigeria is increasing in international power, we are looking forward for her to be a permanent member of the UN. We are impressed with the commitment of Nigeria as a stabilizing force in Africa through various peace keeping efforts in some West African countries.”
Pocock, however, urged the Federal Government to accord security challenges priority, particularly in the northern part of the country.
He also expressed the readiness of his home government to help Nigeria restore peace to the trouble region for robust business growth.
Stressing that the Britain would improve its business relationship with Nigeria, the envoy said his country is looking for those he described “as aggressive states” to do business with and singled out Niger as one of such states.
He added that the Britain had increased the number of programmes it runs from one to six in Niger State.
The programmes include provision of quality education for girl-child, training of teachers, eradication of malaria and guinea worm, as well as supporting efforts to provide good governance for the people.
Responding, Governor Aliyu stressed the need for robust relationship between Nigeria and Britain, saying: “We need the partnership with those that can help us on what to do so that we can grow as a nation.”