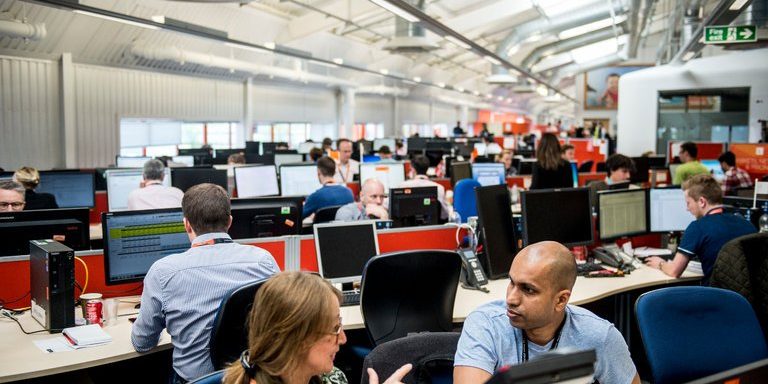 The gender pay gaps detailed by British companies in recent months surprised almost no one — men are paid more than women, often by a wide margin, at the vast majority of businesses.

But by making companies publicly air their salary information, Britain intends to force a reckoning. Officials in London hope the embarrassing revelations in the reports, which had to be submitted by Wednesday, will shame companies into doing more to close the divide.

The push is one of a growing number of efforts among Western countries to promote the principle of equal pay. Australia recently mandated gender pay gap reporting for most companies. In Germany, a new law will require businesses with more than 500 employees to reveal their pay gaps. Nordic countries like Iceland have been even more aggressive, by making companies prove they are paying male and female staff equally.

Proponents of the British effort argue that the increased transparency will lead to smaller gaps. Research by the accounting firm PwC predicts that if nothing is done, it could take nearly a century for the divide to close entirely across the Organization for Economic Cooperation and Development, a group of rich countries that includes Britain.

“This is a game-changer,” said Andrew Bazeley, a policy manager at the Fawcett Society, a British organization that campaigns for women’s rights and equality. “It will force businesses to think about the gender pay gap in ways they might not have before.”

Under the new reporting requirements, companies with 250 or more employees must publish salary differences between men and women every year. They are also required to provide details on gaps in average bonuses paid, and the proportion of men and women who received those bonuses.

The submissions have made for uncomfortable reading for company executives. At Goldman Sachs’s sprawling moneymaking machine in Britain, women are paid an average of 56 percent less than men. Men outearn women by around 52 percent at easyJet, the country’s busiest discount airline. And at WPP, the British advertising giant, women take home, on average, around one-quarter less than their male counterparts.

Still, at least in some cases, the requirement to publish the data has made an impact as big companies have scrambled to counter the fallout from embarrassing reports. EasyJet has said its male chief executive would take a 4.6 percent pay cut to match the salary of his female predecessor, and pledged to more than triple the proportion of its female pilots.

In other cases, a change in the pay culture has been pushed from the outside. At Mills & Reeve, a British law firm whose audit determined it was paying women an average of 32 percent less than men, a major impetus has come from big clients that have started to request more female representation among the firm’s attorneys.

“It’s increasingly something we’re asked for as part of tenders and pitches, to give details of our diversity,” said Claire Clarke, a managing partner.

Some efforts predate the new rules, but have come into focus because of the requirements. The British bank Barclays, for example, has sought to hire, and retain, more senior female executives by offering a new 12-week “internship” targeted at experienced women who are coming off a career break and introducing greater flexibility in existing jobs.

Supporters of the British regulations acknowledge that transparency alone won’t solve the problem. But without it, companies and regulators in countries seeking to enforce equal pay laws would have scant evidence that a gap existed — and face less pressure to address it. Jake Rosenfeld and Patrick Denice, sociologists at Washington University, found in a study that salary transparency raised wages, in part because “even being cognizant of gender pay disparity” helped change norms.

Such is the case in Iceland. The country has gone further than any other, becoming the first to require employers to submit to external audits to prove they are paying women on a par with men. The thinking was that unless equal pay laws were applied more forcefully, the imbalance might never close.

Iceland’s government has vowed to completely close the nation’s gender pay gap by 2022, after women walked out of their jobs en masse in protest on a chilly afternoon in October 2016.

The Icelandic initiative sought to address chronic hurdles that block women around the world from higher-paying positions. No matter the country, men often hold a disproportionately large number of high-level positions, while women — especially mothers — tend to populate lower-paying fields and jobs with more work-time flexibility to take care of families. After Iceland began enforcing pay audits, some employers sought to hire more women for jobs traditionally held by men.

The United States, by contrast, has taken a step backward on reporting. Last year, the Trump administration rolled back an Obama-era initiative that sought to create incentives to close pay gaps. The move would have required companies to report how much they paid workers based on gender and race, but the White House now says it would have posed a burden on employers.

Britain’s rules, though tougher than efforts in the United States, fall short of the moves in Iceland.

They cover only about a third of all companies. Employers won’t face penalties even if they report discrepancies year after year. And businesses are not required to address some of the biggest causes to the pay divide, including the lack of women in high-paid senior roles.

The gender pay gap in Britain is just over 18 percent, down from 27.5 percent in 1997, according to official data. But those figures are still likely to underestimate the real gap, critics say. An analysis of 1,000 British companies by DueDil, a company-information platform in London, showed that just 13 percent of women held top directorships, creating a “significant gender gap in senior leadership” and in average pay.

Still, even without stricter enforcement, the government is betting that the mere publication of pay data will shame companies into taking action, and provide employees with ammunition to press for greater pay equality.

To coincide with the deadline on Wednesday, British women started a #PayMeToo hashtag campaign on Twitter, encouraging employees to talk to one another about how much they are paid. The nascent effort, pushed by a group of female British lawmakers, seeks to encourage women to talk about their pay at work, and make clear what rights they have.

“If we are serious about tackling the gender pay gap, then we have to do more than publish data,” Stella Creasy, a member of Parliament from the opposition Labour Party, said in an interview with The Guardian. “We have to show we’re watching what happens next.”