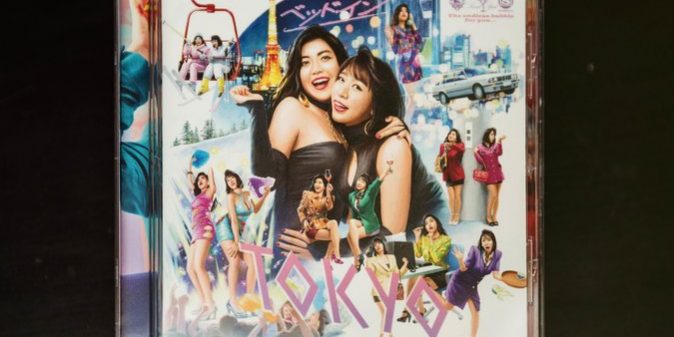 TOKYO — Kaori Masukodera remembers, barely, riding as a child with her mother, her hair teased and her lips bright red, in the family’s convertible to the beach. It was the last gasp of the 1980s, a time of Champagne, garish colors and bubbly disco dance-floor anthems, and the last time many people in Japan felt rich and ascendant.

A so-called Lost Decade and many economically stagnant years later, the family’s convertible and beach vacations are long gone — but Ms. Masukodera is helping to bring the rest of Japan’s bubble era back. She performs in a pop-music duo called Bed In that borrows heavily from the keyboard lines, electric drums and power chords of the ’80s. They dress ’80s, too: The shoulder pads are big, the skirts are mini and the hues are Day-Glo when they aren’t just plain shiny.

“Until a few years ago, most people saw the bubble period as a negative legacy, and it was considered quite tacky,” said Ms. Masukodera, 32, wearing a tight blazer with jutting shoulder pads emblazoned with images of the Tokyo nightscape, paired with a miniskirt and gold jewelry.

“That completely changed in the last few years,” she added. “Now people recognize it as kind of a cool period.”

Japan is in the midst of its most prosperous period in decades, as the economy cranks up and companies scramble for increasingly scarce workers. Still, for many people in Japan, that only underlines how far the country has fallen from the heights of the ’80s — wages are barely rising, the population is aging and shrinking, and many feel that Japan’s best days are over.

That feeling has helped fuel nostalgia for the last time Japan was unquestionably on top of the world, joining a global reappreciation for the ’80s in general.

Bed In’s fashion has become a fixture in local magazines. Similar ’80s attire now gets big play in glossy publications like the Japanese version of Vogue. A popular comedian who goes by the name Nora Hirano has shot to fame by mocking the era with her boxy power suits and brick-size mobile phone. Her outfit became a popular Halloween costume last year.

Then there is the Maharaja. A disco chain that ignited a boom in similar clubs more than 30 years ago, Maharaja clubs have reopened across Japan over the last five years to cater to nostalgic baby boomers, curious millennials and unwitting tourists.

Many young Japanese like to re-enact the era through wild limousine rides through Tokyo’s streets. Called princess parties by one event-planning company, they are aimed at giving otherwise frugal young women a chance to dress up and cruise the streets the way their mothers might have in another era.

“I wanted to do this one last time before I start working full time,” said Mirei Sugita, 20, as she curled her long hair and balanced a tiara on her head before heading out for the night. “We never do anything glamorous like this.”

That conspicuous consumption of the ’80s and the relative lack of it now underline the crucial differences between the two eras.

During the bubble years, men jockeyed to take women out on expensive dates and young people flooded ski resorts and other overseas travel destinations. In Tokyo, taxis were so hard to catch at night that people waved 10,000 yen bills — worth nearly $100 in today’s money — to get the drivers’ attention.