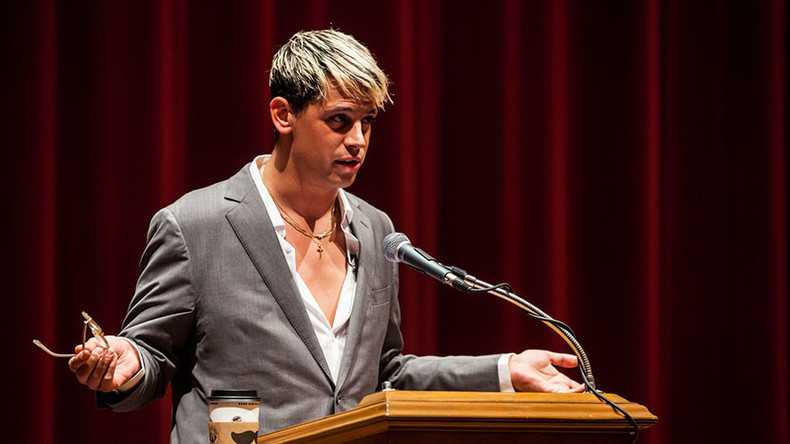 Footage of Yiannopoulos claiming relationships between underage boys and older men are natural is at the center of the provocative public speaker and writer losing two big opportunities Monday.

The far-right editor was accused of defending child sex abuse during a podcast, which was uploaded to YouTube in 2016.

There is no word on whether or not this will impact his $250,000 advance from the publisher.

The controversial personality responded to the announcements on Facebook, saying, “I’ve gone through worse. This will not defeat me.”

CPAC was much more clear on their reasons to removing the provocateur from their event. In a statement, ACU chairman Matt Schlapp said, “Due to the revelation of an offensive video in the past 24 hours condoning pedophilia, the American Conservative Union has decided to rescind the invitation.”

Milo lost his slot at the conference on the same day that President Donald Trump was announced as a speaker.

Yiannopoulos had recently been in the news after appearing on “Real Time with Bill Maher,” where he claimed, “All I care about is free speech and free expression.” He also went on to explain that he was concerned about children being in bathrooms with transgender individuals. Maher concurred.

Last month, Trump had threatened to defund the University of California Berkeley after riots broke out on the same night that Yiannopoulos was scheduled to speak at the university.