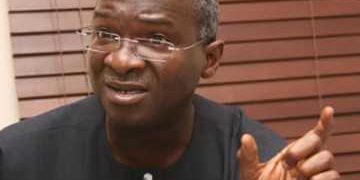 After two months of deep reflection, Lagos State Governor Babatunde Fashola this afternoon rendered an unreserved apology to Ndigbo over the July 24 dumping of 72 alleged destitute in Onitsha, Anambra State, by his administration.

Speaking at the silver jubilee symposium of Igbo think tank Aka Ikenga at the Nigerian Institute of International Affairs (NIIA), Victoria Island, Lagos, in South-West Nigeria, Fashola declared that he has no problem with Igbos, saying that his action had been misunderstood.

He said it was easier for him to ask Ben Akubueze, the Igbo financial expert serving as Lagos Commissioner for Budget, to represent him at the event but decided to come in person.

Fashola disclosed that the highest number of cattle he got during the burial of his father early last month came from Ndigbo. He made it clear that his relationship

with Ndigbo “dates back to our ancestors and is built on tolerance and fidelity and I place value on that relationship.”

News Express reports that the deportation saga had angered Ndigbo and led to a temporary strain in relations between them and their Yoruba brothers.