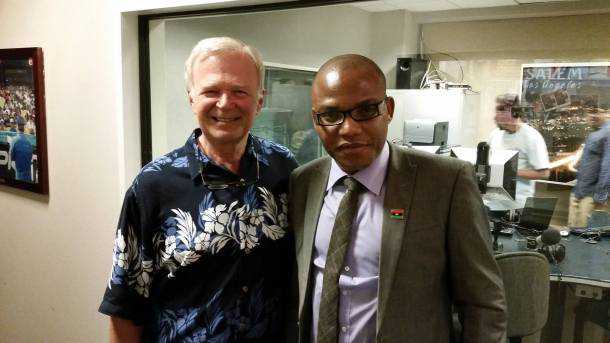 The Agent of the Nigeria, Directorate of State Security (DSS) in Lagos kidnapped the Director of Radio Biafra, Biafra Television and the Leader of the Indigenous People of Biafra Worldwide, Mazi Nnamdi Kanu. In a marathon broadcast of the Radio Biafra this afternoon, Saturday, September 17, 2015, hosted by Mazi Uche Mefor, the Deputy Director and with the entire members of the Directorate of States of the IPOB in attendance, this sad but real news broadcast was laid beard to the listening audience of the Radio Biafra.

However, the Deputy Director, Uche Mefor emphatically expressed the family’s determination and resolved to carry on with the project of Biafra restoration. “Mazi Nnamdi Kanu is and remains our Director and Leader of the struggle. Every structure of the IPOB remains intact. All family meetings must go on as usual. We enjoin all members and principal officers to stay active and never give up faith. If they think that detaining of the Director will shake our resolve, they better think again. Rather discourage, it will spur us all the more to action.” Uche Concluded. 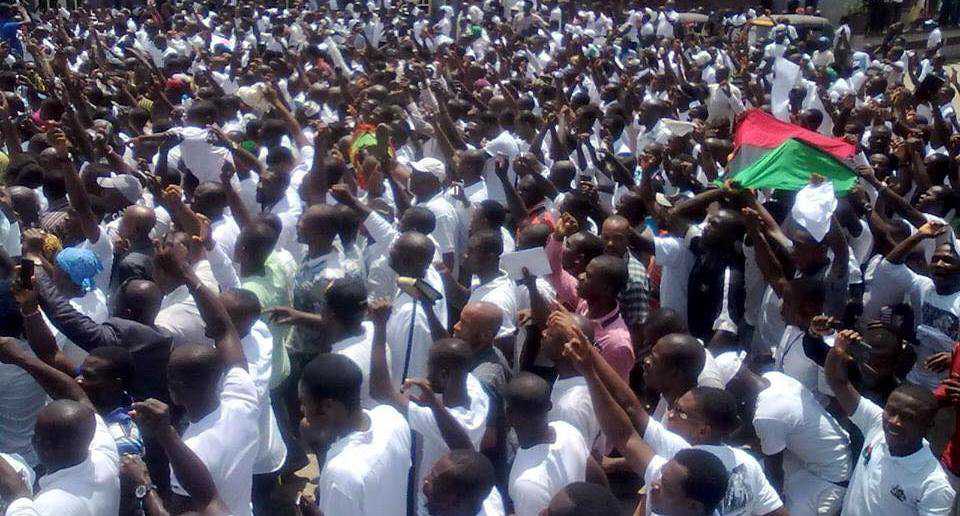 Other Members of the Directorate of States took turns to expressed their commitment and loyalty to both the Biafran struggle and outright condemnation of the unwarranted detaining of the Director Radio Biafra.

Notwithstanding the recent development, Radio Biafra and Biafra Television will continue with their broadcast as usual.